Patch Notes - May 13 - Ver.1.6.4.35988
SWORDS of GARGANTUA - Jess[Thirdverse]
To find out more about current in-game events, be sure to check out our official Discord!

[Regarding the release of the level cap of some abilities]
When the level of all abilities has been raised to a specific level, the level cap will be released.
Moreover, the color of the player's name will change as follows:

As for which abilities need to be upgraded and to what level, we have no plans to disclose this information at this time.

[Turning on/off the display of Help Requests]
You can turn it on or off in the following ways.

NEW:
- Handicap panel in 2-player duels (you can adjust weapon sharpness per character, if you want to nullify natural disadvantages of some weapons against others) 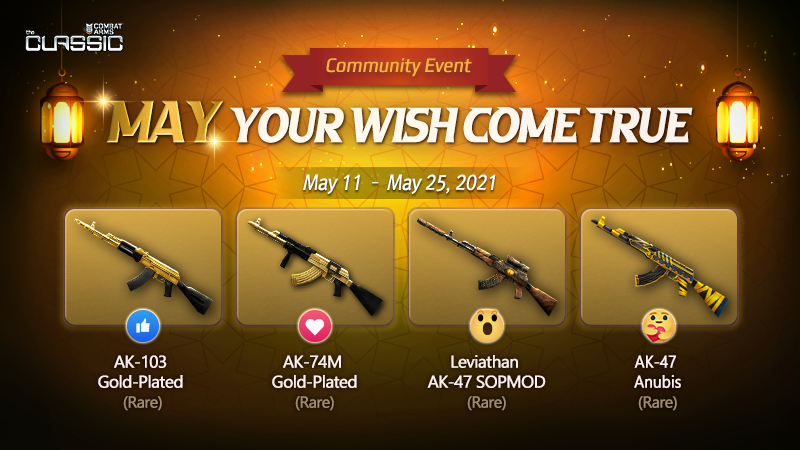 The Headquarters offers you a very convenient way to earn your favorite AK weapons just by casting your vote through Facebook reactions.

• Mechanics:
1. Pick your preferred AK weapons just by clicking the corresponding reaction of your choice.
2. There will be five winners from (like, heart, care, wow) reactions. A total of 20 winners. To be eligible, please follow the mechanics.
3. Post the following details in the comment section of the event banner:
My favorite #CACAK47Weapon is ____________, your IGN.
4. Sample entry”
My favorite #CACAK47Weapon is AK-47 Anubis IGN: CaCRocks.

Update notes for May 13
Base One - aaron.brindle
Greetings!

Thank you so much for the response to Base One, we really appreciate it!

We've been hard at work to bring some more fixes your way in this latest patch:

Again - thank you for choosing to play Base One, we have been working hard on improving the AI and pathfinding and look forward to sharing it with you soon!
Share:

Our second cute game will be available soon) 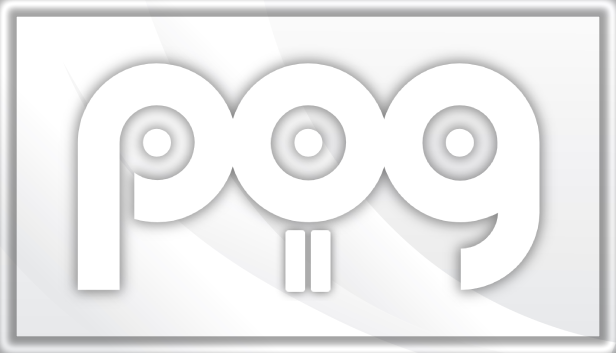 We’re so excited to take part in it that, as we anticipated, we prepared something new just for the occasion. Watch what we've come up with!

¿Do you like Hit n' Rush & want to win some fresh in-game content? tag one friend or a few, play with them and with our community every weekend!

SKINS REWARDS
Show off your abilities and win some fresh skins playing Hit n' Rush! Join the Rushers Weekend Tournament vol. 3 this Saturday 15.05 at 17:00h CEST so we want to celebrate this unforgettable moment with a highly intense tournament. The more you play, the more points you will get, thus positioning you at the top of our ranking, once the tournament ends, the stats will be reset. 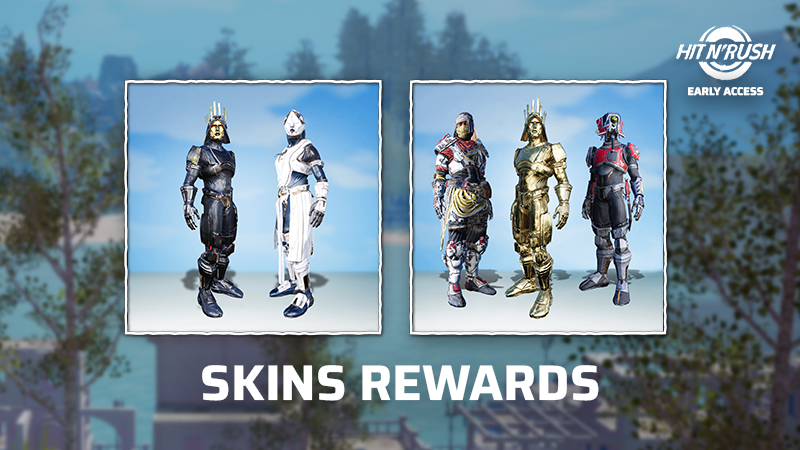 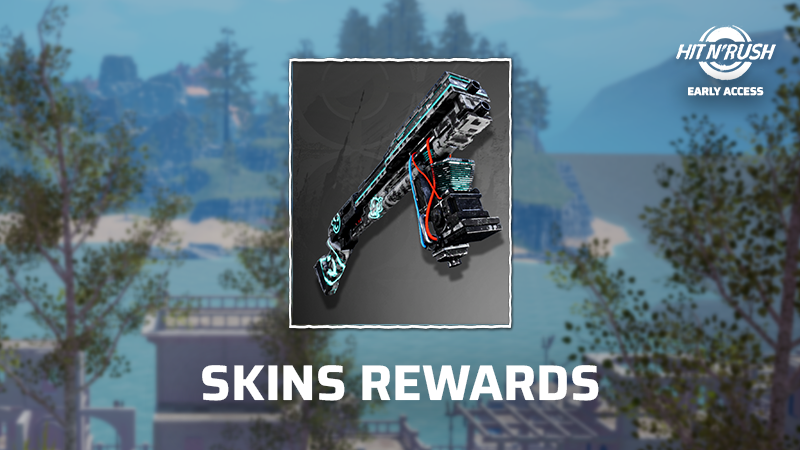 Also, the winners will be included as part of the in-game banners

- We will communicate the winners once the tournament has finished.

#HNRChallenge
Apart from the weekly tournaments we just launched weekly Twitter Challenges where you can win a comfy Hit n' Rush t-shirt, have a look!: 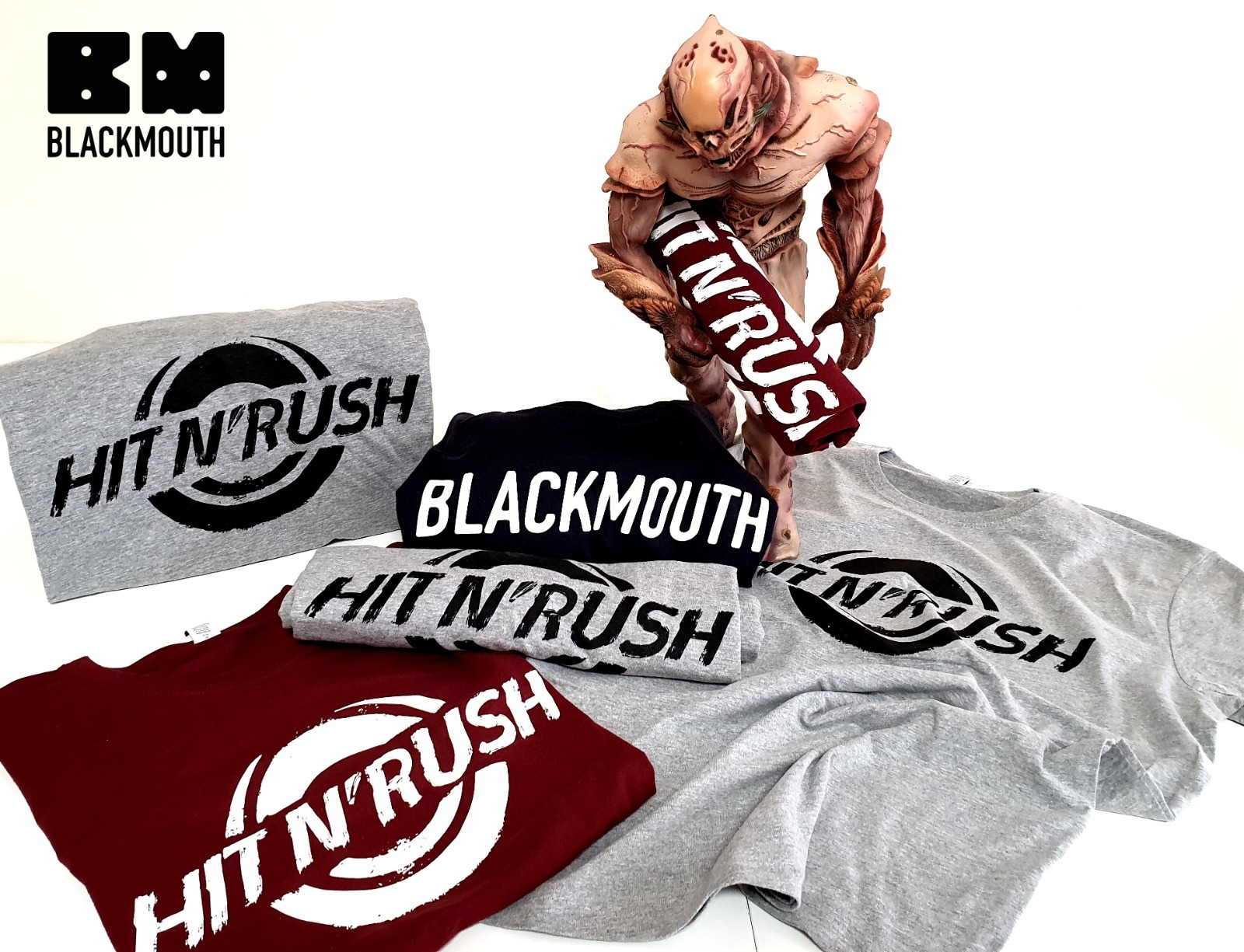 More info about the tournaments & challenges in our website

[DevBlog #6] - Levelling up: living worlds need evolving systems
Hit n' Rush - communication
After several months of digging in the ruins of The Outbreak system, our engineers have concluded that it’s time for the project to move forward into a new stage.

The big update released in late April proved that some of our techs were a bit outdated which caused us many troubles to give to you, Rushers, the experience that we want you to live on the battlefield, enjoying it and feeling safe against the Rovers and any other threats. So, this is why our team has decided to take a little break in the launching of new content and has focused all its efforts on cleaning the damage caused by failed prototypes and fixing the current state of the project alongside our workflow to make it more scalable, robust and better prepared against errors. All of this together will help us test better the new features and optimize their performance, because, you know... nobody wants the gun to jam at the climax.

Now that we’ve warmed things up a little, let’s get into the real stuff. Firstly, our tech team has decided that after stabilizing the project by fixing some critical issues, it was the perfect time to completely stop the machines and reorganize things internally to take one of the most difficult (but necessary) steps in the evolving process... update the engine to a newer version with a huge amount of optimizations and a whole new world of possibilities. Some of those optimizations include improvements in the network system, to always catch up with your teammate and don’t be surprised by your enemies, memory and performance optimizations, we know that for a Rusher optimizing the resources is key to survive, new landscape features, as previously mentioned, The Outbreak is a living world, therefore it’s important for us to give to the Rushers new places to explore where they can come up with new strategies, and a lot more of awesome stuff to come. But not everything is good for the Rushers -- new features include new dangers -- the engine update includes as well improvements in the AI system so the Rovers may become more dangerous and tenacious in the task of defending their settlements. Maybe they'll even find new packmates…

In the meantime, our design team -- and combat experts -- have continued to calibrate the current gear to make you feel the true power of weapons, fine-tune loot odds and where to find which items, and seek new ways to introduce more variety of elements in The Outbreak along with new mechanics. In addition, some research has been carried out on the tech for the spiritual dimension, because there is still room to improve it and provide a more useful experience for those Rushers who need to use it. However, this is not a topic for me to discuss right now and more information will be provided in due course.

To sum up, we’re at a sweet but delicate spot at the moment, where we’re improving all our systems to facilitate our work as developers for future updates and thus allow us to create better and more immersive experiences, while also investigating new content and mechanics so that Hit n’ Rush is more enjoyable for you as gamers. So stay tuned because bigger and greater things are about to begin!

Glory to the Rushers!

Patch 0.6.8
Industry Idle - FishPond
- Rework Blueprint policy: now placing a blueprint is free - you only pay building cost (+ permit cost) once you start building. Once a building is started, you cannot pause it any more (but you can still cancel it as long as it is queueing)
- Buildings under construction (including blueprint) will show its icon with the cog on the top left corner. Blueprint buildings will show a faded cog
- If you currently have paused construction, it will be moved as blueprint building (unpaid) and the construction cost will be refunded
- Show player flag in Leaderboard
- Fix a bug where Resource Explorer 2.0 does not show correct number in UI
- Add Portuguese and Vietnamese translation
There are 76 resources, 104 factories, 37 policies, 11 maps and 33 achievements available in this version
Web: https://play.industryidle.com/
Steam: https://store.steampowered.com/app/1574000/Industry_Idle/
Google Play: https://play.google.com/apps/testing/com.fishpondstudio.industryidle
AppStore: https://apps.apple.com/us/app/industry-idle-factory-tycoon/id1554773046
Share: