Treasure Hunter Claire is the story about the titular protagonist, Claire, and her adventure through the fabled land of Alstroemeria. What treasures and riches await Claire as she navigates through Alstroemeria? Find out in this RPG brought to you by Kagura Games and Acerola!
Recent Reviews:
Very Positive (70) - 91% of the 70 user reviews in the last 30 days are positive.
All Reviews:
Very Positive (1,224) - 91% of the 1,224 user reviews for this game are positive.
Release Date:
Developer:
Acerola
Publisher:
Kagura Games
Popular user-defined tags for this product:
Sexual Content Nudity RPG Anime Adventure RPGMaker Indie Female Protagonist Mature JRPG Multiple Endings Funny Hentai Memes NSFW
+

$19.99
Add to Cart
Bundle "Kagura Bundle" containing 37 items has been excluded based on your preferences 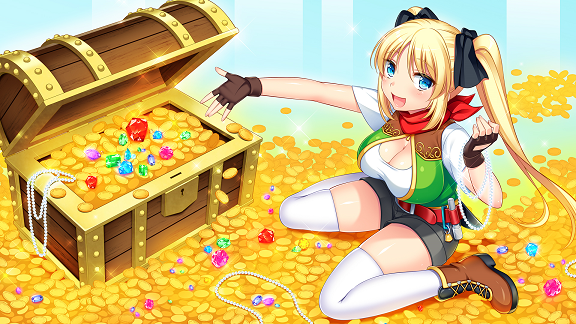