Ideology in Friction
Developer
ONEONE1
Publisher
Kagura Games
Ideology in Friction is the story of two knights, Clacier and Annette. They're forced into an impossible situation where they must make a decision that will change their entire lives. What does this destiny have in store for them? Find out in Ideology in Friction!
Recent Reviews:
Mostly Positive (17) - 76% of the 17 user reviews in the last 30 days are positive.
All Reviews:
Very Positive (1,301) - 89% of the 1,301 user reviews for this game are positive.
Release Date:
Developer:
ONEONE1
Publisher:
Kagura Games
Tags
Popular user-defined tags for this product:
Nudity Sexual Content RPG Indie Mature Female Protagonist RPGMaker Anime JRPG Hentai Multiple Endings Memes 2D NSFW
+
Reviews
All Reviews:
Very Positive (89% of 1,301) All Time
Recent Reviews:
Mostly Positive (76% of 17) Recent

In the Kingdom of Viktor, a group of cadets is finishing their training to become knights. Not many make their way through the grueling training the school demands, but Clacier and Annette are among the top of the graduating class, ready to make their mark on the world!

However, fate has something different in store for these two friends. Mysterious beasts have been appearing throughout the land, and with many young knights falling in battle against these unimaginable horrors, it doesn't take long for them to start losing their friends from the Royal Knight Academy as well.

Even worse, while monsters roam the lands, mankind can't help but fight among themselves. Soon enough, Clacier and Annette find themselves driven to separate paths that place them on different sides of the growing conflict. How will their story end?

Your choices shape the story in this JRPG! Depending on your actions, victories, and defeats, Clacier can end up on entirely different paths. Will you be a noble knight or adopt more cunning methods to reach your goals?

Ideology in Friction is based around one-on-one encounters and features animated combat. While traveling the world, you can either take on enemies directly or avoid them by dashing past them, so there are no bothersome random encounters to worry about!

What's more, you can take on all kinds of different quests from a wide variety of NPCs. Be they townsfolk or your friends from the Royal Knight Academy, you can get to know everyone. Who knows what you'll learn during your time in Viktor? 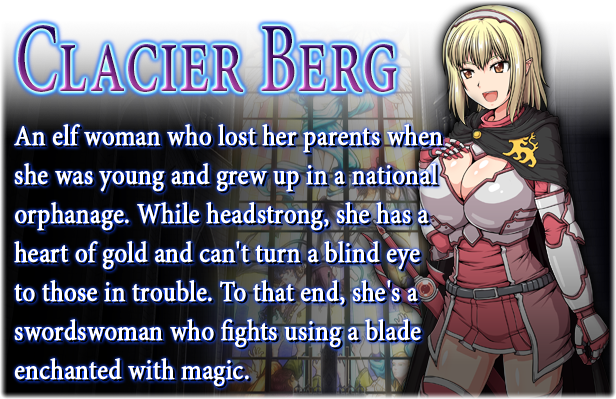 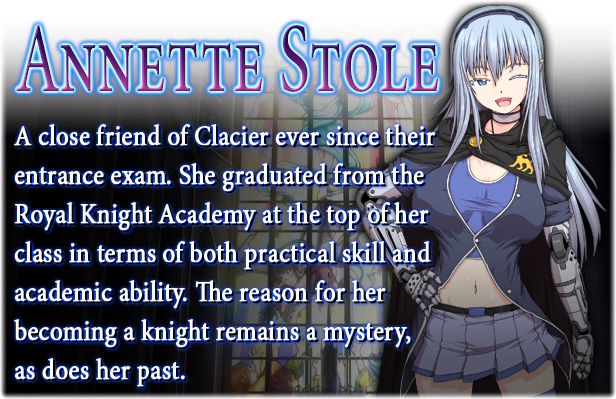 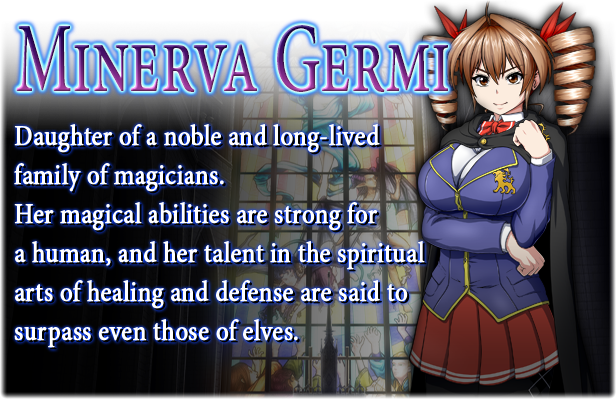 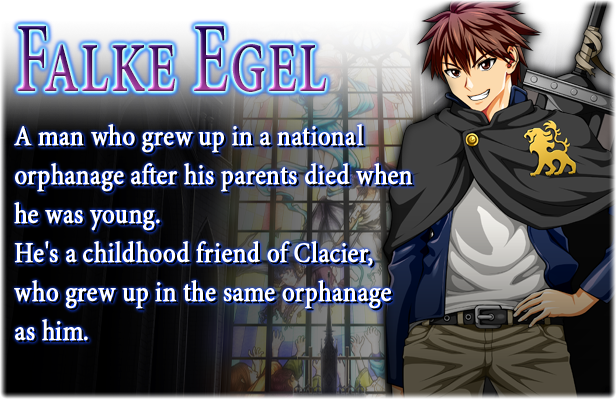 Voiced Main Characters
The main characters are voiced in Japanese, both during story sequences and in combat!

Rich Cast
There's a huge cast of NPCs to get to know, from noble knight cadets to scheming superiors.

Masterful Art
With a staggering amount of art for different events as well as animated combat, this RPG really is a sight to behold.