Slave's Sword 2
Developer
Circle Poison
Publisher
Kagura Games
In Slave's Sword 2, Luna, a former aristocratic knight of the Empire, returns as the main character. Now having escaped and liberated the Free City, she once again finds herself in a terrible predicament. Will she be able to escape again? Find out in this sequel to Slave's Sword!
All Reviews:
Mixed (309) - 67% of the 309 user reviews for this game are positive.
Release Date:
Developer:
Circle Poison
Publisher:
Kagura Games
Tags
Popular user-defined tags for this product:
RPG Nudity Sexual Content Indie RPGMaker Female Protagonist Anime Adventure Funny JRPG Memes Mature
+
Reviews
All Reviews:
Mixed (67% of 309) All Time 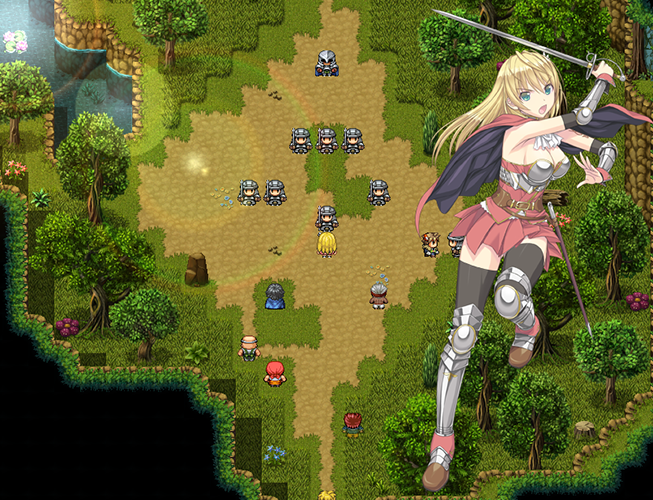 After having been victorious in the battle for the Free City, Luna and her allies begin taking important bases of the Empire.

However, while getting very close to the Imperial Capital, Luna is confronted by an opponent who is totally out of her league...

Now Luna must escape captivity again. Will she be able to make her way out and finally take down the Empire!?

Find out in another Prison Escape RPG by Kagura Games and Circle Poison brought to you in native English!