Fallen ~Makina and the City of Ruins~

Buy Fallen ~Makina and the City of Ruins~

Makina is a renowned swordswoman known throughout the kingdom. During her travels, she hears rumors about the ancient ruins in the city of Gardona, its mysterious treasure, and the dangers contained within. The news has brought many adventurers to the city... And Makina is one of them.

However, there's something amiss about the city. The citizens of Gardona seem to be acting strangely. Could this have something to do with the ruins?

It's up to Makina to explore the city and find out what could be causing these abnormalities. Maybe she'll find her answers, as well as the promised riches, deep within the halls and catacombs of the ruins. Or perhaps "Blazing Haired Makina" has bitten off more than she can chew with this adventure?

In this classic dungeon-crawling RPG, you'll making your way down into the depths of Gardona's ruins, taking on each floor one at a time and fighting a variety of enemies and bosses along the way. The city will act as your base, where you'll restock on supplies and meet different adventurers.

In addition to monsters, the ruins also house a variety of different characters you can meet - like a bar filled with boisterous dwarves, a scheming goblin trying to get rich off gullible adventurers, and a lone beastman trying to survive in the depths.

If grinding for levels isn't your thing, you can use the built-in quick-leveling mechanism to get stronger and annihilate the enemies barring your path, allowing you to focus on the story and character interactions! 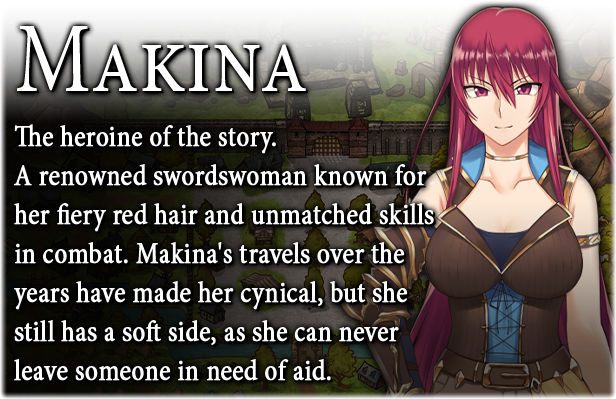 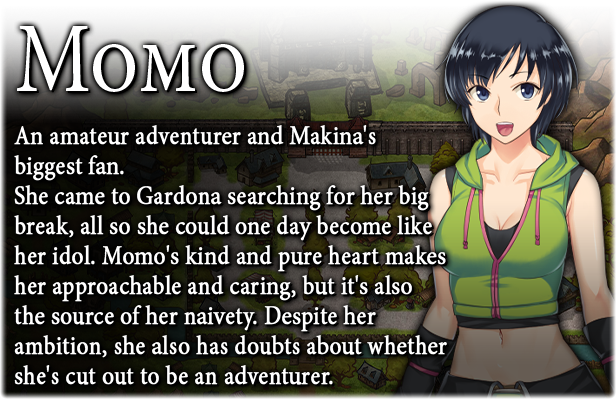 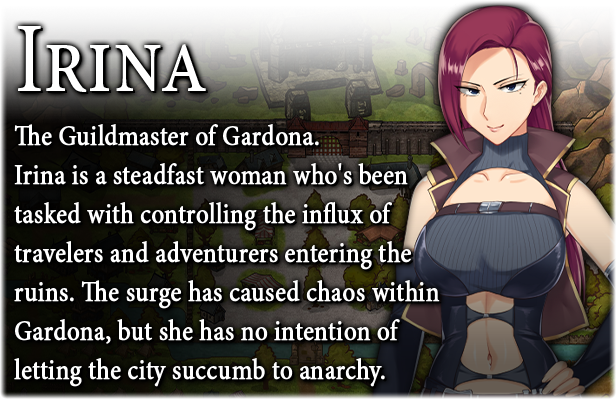 Immersive Story
Mysteries run deep in Gardona, with the leaders of the city doing their best to contain the dire situation. Will Makina be the savior they need?

Rich Cast of Characters
From clerics of the church who are trying to help the innocent to adventurers out to get rich and the monsters lurking in the ruins, there are plenty of characters to meet!

Fallen ~Makina and the City of Ruins~ features some partial nudity, fictional depictions of alcohol and drug-use, references to non-consensual sex, and some strong language.

© Kagura Games and Another Story, All Rights Reserved.