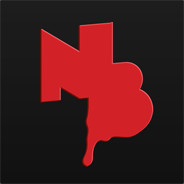 “At New Blood we pride ourselves on building our games WITH our community of players and Gloomwood is no different. Since our initial demo in 2020 we have incorporated player feedback into the development of Gloomwood and aim to continue doing that throughout the rest of the game's development.”

“Gloomwood will remain in Early Access until it is considered both content complete and polished in a state we consider v1.0. There is no estimated time for how long that will take but given the amount of game left to be built and our Early Access track record with games like DUSK, AMID EVIL and ULTRAKILL it will be a year or two at least.”

“The full version of Gloomwood will contain every district of the game world as well as every weapon, item, enemy and feature that is not yet in the Early Access version.”

“The current state of Gloomwood is a very polished introduction to the game that contains the fishery, cliffside caves and mines, cliffs, and lighthouse parts of the game world. All these areas, as well as the visuals, mechanics, items, weapons and enemies present within them, are in a state polished enough for a commercial release.”

“We always involve our community in the creation of our games and we invite players to voice feedback on the Steam forums as well as in our Discord server at Discord.gg/NewBlood so that we can incorporate their feedback into our development process.”
Read more
Check out the entire New Blood Interactive franchise on Steam

Buy The Good, The Bad, and The Low Poly BUNDLE (?)

“a Stealth Horror Classic in the Making”
Bloody Disgusting

Gloomwood is a stealth horror FPS that follows your mysterious abduction to a forgotten, twisted Victorian metropolis in the midst of a horrifying transformation. Wield your canesword and take to the shadows as you uncover the accursed mystery hidden within the fog.

The producers of DUSK, AMID EVIL, ULTRAKILL and FAITH bring you a frightening, gothic immersive sim full of haunted streets, dark tunnels and decadent mansions.