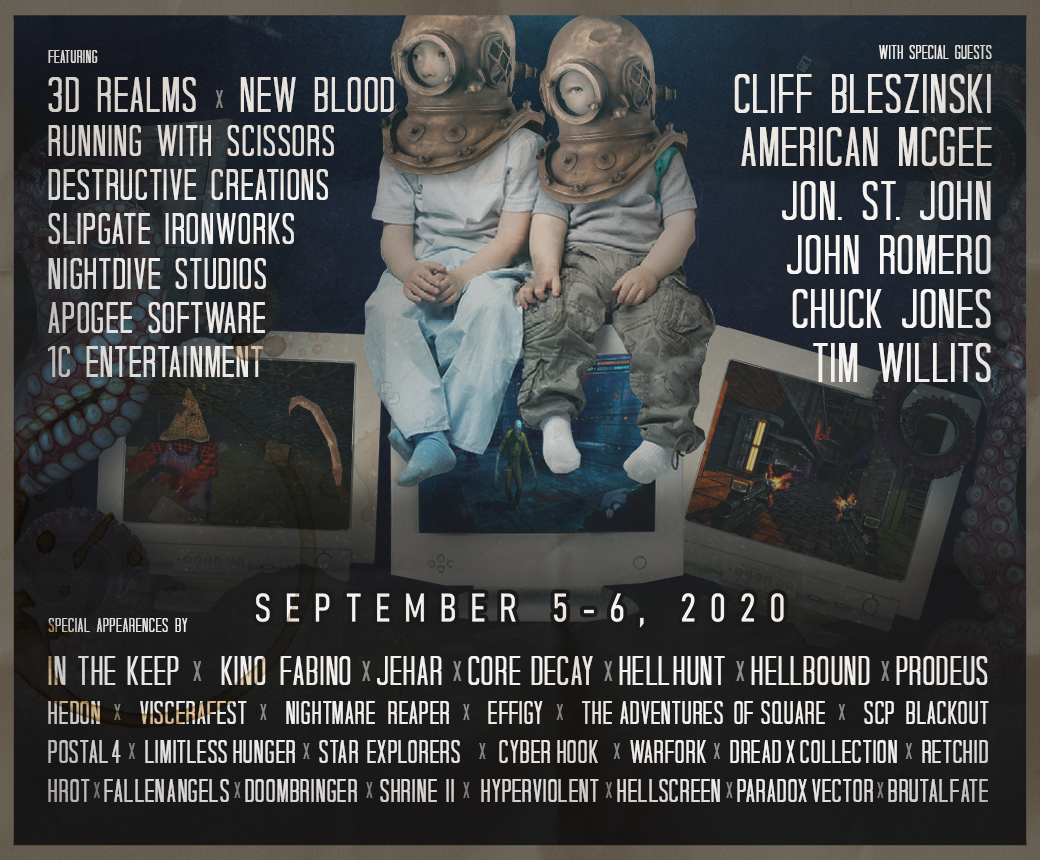 “Lured me in like a moth to a Tron convention ... this is a very smart first-person shooter.”
Buried Treasure

“Competent and polished ... What struck me was how trippy the level design can be.”
The Gamer

Important Note for AMD Graphics Cards Users.
Scroll to bottom to read about this emerging issue. 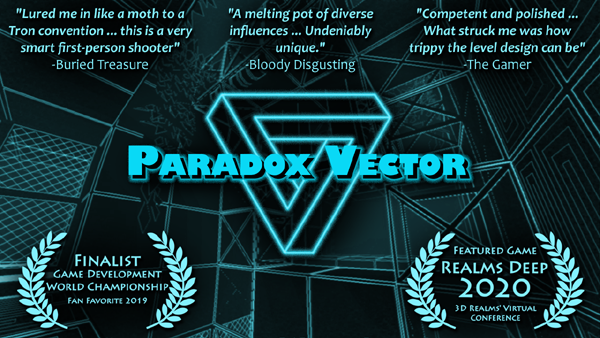 Paradox Vector is at its core, a first person shooter. It's gameplay is directly influenced by classics like Doom, Quake and Half-Life. The vector graphics and impossible geometry of the levels offer the two main points of departure from these original masterpieces of the genre.

Inspired by arcade games from the early 1980s like Tailgunner, Battlezone, and even the original Star Wars game, Paradox Vector takes this abandoned style, and brings it up to date.

The impossible art of M.C. Escher had a big influence on Paradox Vector. This is not a puzzle game, but an action game set in a puzzling environment. Hallways appear to go one way but actually go another, enemies may attack from angles you might not expect, and navigating the levels may require you to think outside of the box.

Don't think it's going to be easy though! The ancient alien stronghold you are exploring is not abandoned. Robotic guards, Squid-Spiders and Flying Jellyfish will make your life a living hell if you are not careful!

Following in the footsteps of games like Metroid Prime, Paradox Vector does not limit players to a simple series of levels, but allows you to explore an open environment, retracing steps as needed. Some weapons and items will allow you to unlock secrets and upgrades, thus rewarding those who are curious and persistent. Don't let the minimalistic graphics fool you, there is a lot to be discovered in this puzzling and challenging adventure.

About AMD Graphics Cards:
It looks like AMD cards are not really compatible with the line draw commands used in Paradox Vector, and users may experience a very low frame rate. I am not 100% sure that AMD cards are the issue, but so far there are several reports that point to this being the most likely cause of the issue. It may be that there is a setting that could help resolve the issue, but so far nothing has improved the situation. Sorry if this has caused anyone inconvenience.

I will be looking at ways in which this issue might be resolved. If you, as a player, have any thoughts or feedback, please feel free to reach out to michael@schmidtworkshops.com