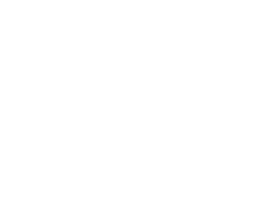 “Because we want to engage the community and get player feedback as soon as possible. We believe this will help us make GRAVEN the best game it can be. GRAVEN is a slowly unfolding world of exploration and player creativity, and Early Access allows us to curate those qualities for the full release.”

“Our current goal is to have GRAVEN ready for release in 2022. However, we also want the game to be in a perfect state before releasing it out of Early Access, which means that in this case, we might prolong the development for a while longer.”

“Early Access will receive multiple updates, concluding with the entirety of the first hub, Cruxfirth. We plan to add two more hubs into full game, along with additional content in the Cruxfirth hub which can only be accessed with items and abilities found in the other hubs.”

“The current Early Access version of GRAVEN includes 4 major areas, connecting spaces, 6 weapons, 2 spells, upgrades for both, and focuses on the primary quest line. The remaining updates include the boss fight, additional weapons, additional areas, side quests, and 2 weapons plus cosmetic improvements.”

“We are planning to increase the price once as we get closer to the full release of the game. We will be informing everyone through the Steam news, Steam Discussion forums and our social media channels before any price change that might occur, so you can plan ahead.”

“We are planning to do that through Steam Discussions and our Discord. We encourage all players to tell us how they feel about the level design, gameplay elements, sound, and anything they consider important. We take everything into account for the full game.”
Read more
Check out the entire Fulqrum Publishing franchise on Steam

Challenge your skills in this new unforgiving demo!

A faithful priest of the Orthogonal order, exiled unto death for a crime in defense of another, you live again in a small boat, adrift in a swamp. A stranger ferries you to solid ground and bestows upon you vague instructions, along with a mysterious staff and book. Go forth, pious priest, alleviate suffering, uncover deceptions, and smash the eldritch perversions encroaching upon reality itself.