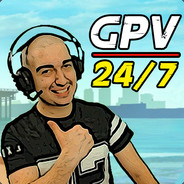 “an interesting experience, can appreciate the effort put in”

“an interesting experience, can appreciate the effort put in”
GPVReviews

Smash Halloween Pumpkins: The Challenge is a 2D Old School Action Platformer in which the mission of the player is to smash as many pumpkins as possible within a limited time period. Do you love smashing pumpkins? This is the game for you!

Pumpkins have turned into Zombies and started eating on the human beings to avenge the death of their Pumpkin Brothers. So, the Leader of all the pumpkins commanded all of them to attack the human race with an ambition to rule over the world.

But one man stands against the Pumpkins to eliminate all of them in a Stormy Halloween Night. Will he be able to accomplish his mission?

You need to eliminate a certain number of Pumpkins within a limited time period and unlock the door to go to the next level. If you can kill extra pumpkins, it will also count. Be the best at exploding Pumpkins!

Note from the Developer: I have done all the graphics, pixel artwork, level design, programming myself except for the music. I hope you will enjoy the game.