Sakura Knight 3
Developer
Winged Cloud
Publisher
Winged Cloud
Estelle's adventures in the land of Lemuria come to a head in this yuri fantasy visual novel. Estelle faces a fierce challenge in the form of the wicked dragonkin Saga, all while deciding which member of her party she wants to pledge her to heart to. It's hard to fight evil and fall in love!
All Reviews:
Positive (42) - 85% of the 42 user reviews for this game are positive.
Release Date:
Developer:
Winged Cloud
Publisher:
Winged Cloud
Tags
Popular user-defined tags for this product:
Visual Novel Anime Simulation Dating Sim Romance Cute Sexual Content Conversation Linear Colorful Fantasy Comedy Singleplayer LGBTQ+
+
Reviews
All Reviews:
Positive (85% of 42) All Time 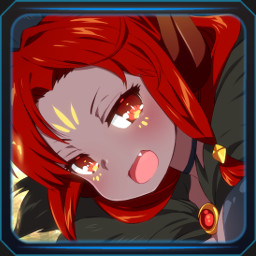 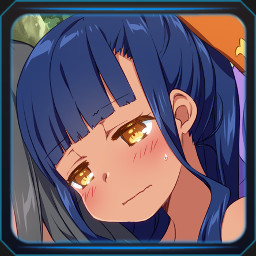 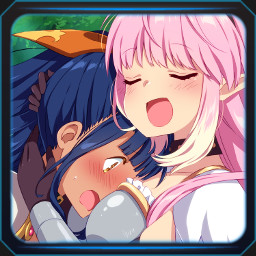 After spending a couple of months in the city of Grimoire, Estelle has begun to make a name for herself as an accomplished swordswoman. She, alongside the ditzy elf Felicia, the devious catgirl Tart, and the sweet wolfgirl Rune, has taken on dozens of quests at the local guild, and has completed them all.

She's come a long way from her humble beginnings in a small village bakery... but soon, Estelle will have to brave her toughest challenge to date.

Deep in the woods, in a withered glade where the grass is dead and nothing grows, a disturbance is lurking. The fierce half-dragon, Saga, once an underling to the feared demon queen who ruled over Lemuria, is beginning to gather forces to avenge her fallen leader.

Find out in Sakura Knight 3!

A young woman with lofty ambitions. She dreams of being a knight like her mother, the famous Cressida, who defeated the wicked demon queen, Gunhild.

Estelle wants dearly to be brave and strong, but she's a shy girl with self-esteem issues. Kind-hearted to a fault, she puts others before herself, and often works herself up unnecessarily. She's naïve and a little too trusting, but has a great capacity for love, and is surprisingly good at settling arguments.

An elven princess many years older than she initially appears. One day, she will inherit the throne of Gris and become a queen but, for the present, she's testing her skills by accepting quests at Grimoire's guild.

A chivalrous woman with a strong sense of justice, Felicia loves nothing more than protecting fair maidens. She's gifted with a sword, has incredible physical prowess, and is swift and decisive during battles.

She would be an incredible ally, if she wasn't so liable to get distracted by how attractive she finds all her team mates when they're flushed and sweaty.

A wolfgirl of few words, whose grasp on Lemurian is rather shaky. Rune finds it hard to communicate verbally, and often resorts to physical gestures to get her point across. She's very fond of Estelle, and is forever hugging and nuzzling her.

Rune doesn't get on well with Tart, who she views (not unreasonably) as a trouble-maker... but, after the events of Sakura Knight 2, the pair have made steps to amend their rocky relationship.

Still, Rune can't always resist the urge to get into scraps with Tart.

A coy, conniving catgirl who values money above all else, and has no qualms about taking advantage of others.

She may seem amoral, but she has her own code of ethics, and she cares deeply about her team members (in her own twisted way). She's particularly fond of Estelle, and takes great pleasure in making her squirm with embarrassment.

She's a handful, but she's a valuable ally, with magical skills that shouldn't be sneezed at. As cute as she may seem, she's not one to be taken lightly.