Drone Wars is a sciFi multiplayer shooter, where the Players are drones, that shoot each other. There are different game modes like deathmatch, team deathmatch, etc. and in the future, more interesting game modes will be added.We are currently recreating the entire game.
All Reviews:
Very Positive (67) - 89% of the 67 user reviews for this game are positive.
Release Date:
Developer:
Ralien Studios
Publisher:
Ralien Studios
Popular user-defined tags for this product:
Free to Play Action Indie Early Access Multiplayer Bullet Time
+ 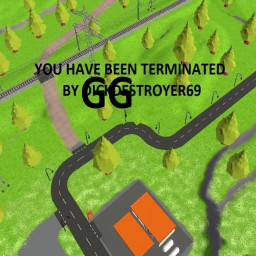 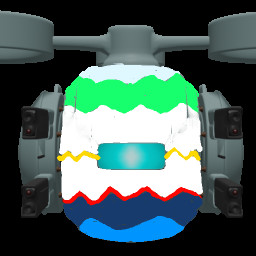 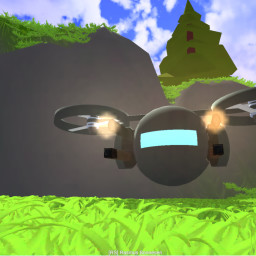 “The game is running fine, with some bugs of course, but the main reason the game is in an Early Access stage, is that the maps and graphical assets have a small amount of detail, which we are not satisfied with. Also some of the core mechanics needs to be improved further.

We made this Game Early Access so people can start experiencing it early on, and help us developing it, by telling us what they like, what they don't, and what could be improved.

At some point in the future, when we are happy with the gameplay mechanics, the graphics,
and the stability of it, we will move it out of Early Access for a full release.

“It is hard to say, how long the game will be in an Early Access stage, because we are a pretty small developer team, consisting of 2-3 persons. And we all have school and other stuff beside this project. However, we still want to make this game as great as possible, and we won't stop the development of this game before we are satisfied. We expect that we get the game out of the Early Access stage, in roughly 12 months.”

“We have a lot of ideas for this game, but most of them will take a lot of time to implement.
However, the main difference between this Early Access version of the game, and the "final" version of the game, is that the final version will probably have much better graphics, better trees, buildings, grass etc. It will also have more game modes, like the Drones Vs Humans game mode, that we announced already before the closed alpha on Steam. At some point, our game will also get a new netcode and movement. We also have some sort of story in our game. The only problem is, that it is hard to make the story accessible for the players in the normal multiplayer game modes. So it could happen that we will create some sort of story mode gameplay in the future.”

“The game is currently in an early beta branch stage. The currently implemented game modes are: Deathmatch, Team Deathmatch and Arena. Some of the core mechanics of the game, needs to be improved further. Also The current maps are not as detailed yet.”

“The game will most probably be free to play forever, but we might add some sort of a premium upgrade, and some skins etc. But don't worry, we will make sure that the premium stuff does not affect the gameplay in any possible ways.
The reason we need to add something like this, is because it takes a lot of time and effort to create a game, especially if you are 2-3 persons, and it can also be a little expensive, we need to pay for some of the software and tools we use.”

“We will probably have some Q and A Sessions, and some Surveys, to involve the community in the development process of the game. We might also add Steam workshop and a mapeditor or something like that, but we can't promise anything about that, because it might not fit our game.
Anyways, if we actually will add workshop to our game, that is not going to be in near future.” What you can expect from this game:


What you cannot expect from this game:

We are currently recreating this game from scratch in a new project. It will at some point replace this version. This is the reason why there haven't been, and won't be more updates for the current released gam version, until the new project is ready for a public beta.
What you can expect from the new version of the game

We are a small german indie developer trio.
We are probably not the most experienced developers, but we work hard on our projects and get better every day, However we still have school and other stuff going on beside this Project, so we might not always be able to have frequent updates, but we will try our best.