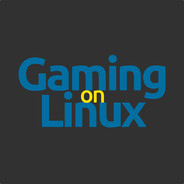 “Absolutely incredible. From the graphical design to the audio work, it's beautiful. The smoothest turn-based game I've ever played.”

Check out the entire Hyperstrange franchise on Steam

“A Turn-Based Triumph - Jupiter Hell is an engaging and commendable recreation of DOOM's style in turn-based roguelike form that will please just about everyone.”
9/10 – Screen Rant

“Jupiter Hell is a thrilling turn-based roguelike. The gameplay is fun and easy to learn. The visuals are great, and the soundtrack works wonderfully. [...] it’s a fast-paced and thrilling game that never gets old.”
9/10 – God is a Geek

Jupiter Hell is a classic, turn-based roguelike set in a 90s flavored sci-fi universe. Set on the moons of Jupiter, the game pits a lone space marine against overwhelming demonic forces. Rip and tear zombies, demons and unmentionable monstrosities, using classic weaponry such as shotguns, chainguns, railguns and the trusty chainsaw. All to the shine of CRT monitors and the tune of heavy metal!

Benefit from classic roguelike turns with modern shooter sensibilities and real-time responsiveness. Controls are immediate and accessible while retaining the back-end depth of a turn-based RPG. Play with mouse+keyboard, keyboard-only, or gamepad controls.

Customize your character with new weapons, items and abilities gained as you progress through a permadeath-prone hell. Each run you build your character anew, and every unlocked perk can change the way you play. Beat the game to unlock more difficult challenges rather than grinding to make the game easier.

Blast through procedurally-generated civilian sectors, military space bases and mining colonies on the violent moons of Jupiter. Every playthrough you’ll find new ways to experience familiar environments. Pair that with detailed graphics and smooth animation. Roguelikes have come a long way from their ASCII roots!

This game may contain content not appropriate for all ages, or may not be appropriate for viewing at work: Frequent Violence or Gore, Strong Language and General Mature Content.