The game has been updated. The destructo beam did not seem to be working, so I was able to resolve that. However, it made me realize that the destructo beam was not available until a very late stage, because otherwise players would have noticed. I have moved up the upgrades in general, so you should be able to find more unique upgrades earlier in the game.

Also, I sped up the rocket's shooting ability. Now you can shoot about three times faster (three times more fun?) but be careful, you will still lose points for wasting bullets!

Rocket Blasters is a fast paced, action packed space themed shoot-em-up. Rack up points by destroying asteroids and enemies on your trip through the stars.


Unique Scoring System
Rocket Blasters has a unique system that rewards precision and restraint while blowing stuff up. Each time you fire your weapon, you lose a point, that's right, you lose a point for shooting. However, each time you hit something, you will get 2 or more points back, depending on what you hit. Spamming bullets may be easier, but it will not get you the high score. Check your score on the Steam Global Leader Boards! 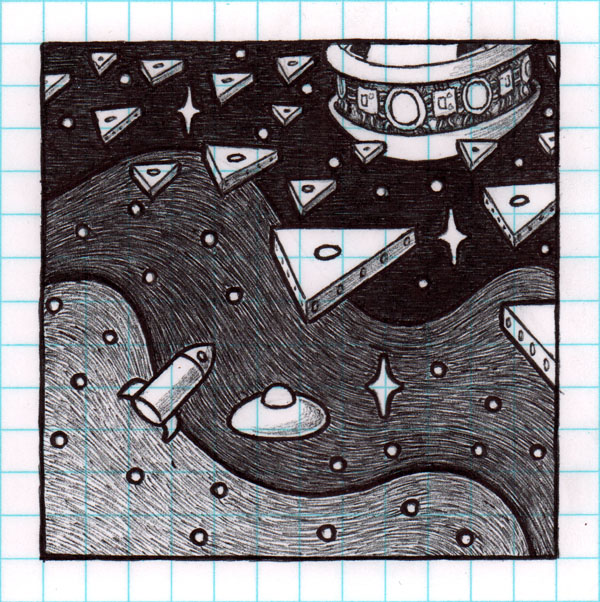 The Dread Pizza Armada in all its glory

Asteroids are not the only obstacle your rocket will encounter along the way. The Dread Pizza Armada is planning an attack on Earth, and you must destroy as many of their drones as possible.

Drones
You will encounter many of these dangerous robot ships on your journey. Avoid them, and their lasers, or suffer a painful demise. Shooting them will earn you more points than blasting asteroids, so thinking strategically about what you shoot will help you raise your score.

Pizza Armada Battleships
The Dread Pizza Armada was named after these oddly shaped triangular battleships. Be careful of lingering behind them, as they have a dangerous array of lasers aimed right at you!

Colossal Dreadnoughts
The Colossal Dreadnought is the rarest and most dangerous ship in the Armada. Huge and heavily armored, your rocket will have to be quick to avoid its dreaded Annihilation Beam, which destroys everything in its path, including asteroids, your rocket and even its own drones. Finding its weak spot will be key in overcoming this deadly foe. 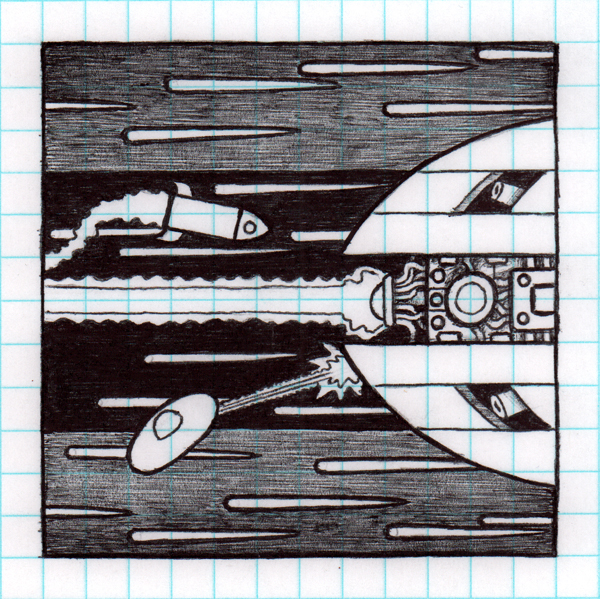 Your rocket starts with a simple laser blaster, however, as you progress through the game, you may find some useful, temporary upgrades along the way. Look for the floating upgrade gear, and simply fly into it in order to upgrade your rocket. Upgrades have a time limit, indicated by the numbers that appear above your rocket on the screen.


Triple Blasters
Two extra lasers allow you to clear a path through obstacles and enemies much more efficiently than the single cannon you start with.

Side Cannons
Side Cannons allow you to slip past enemies and dangers, while giving you the power to blast them out of space from the side. This allows for a very different, strategic approach when confronting enemies.

Energy Shield
The Energy Shield is a very powerful upgrade, making your rocket completely impervious to all dangers for a short time. Be careful of the timer though, it is quite inconvenient when you lose the shield in the middle of a battle.

Destructo Beam
Possibly the most effective offensive weapon in the universe, the Desructo Beam was actually a recovered Dreadnaught Annihilation Beam, which was re-engineered to fit on your rocket. Enjoy its destructive powers while they last!

Rocket Blasters is the end result of a small series of ball-point pen drawings I did in October of 2017. The drawings were simple space themed images showing a small rocket ship, that developed into a story over the month long period. Someone suggested I animate the images, and I did one better and turned them into a game. 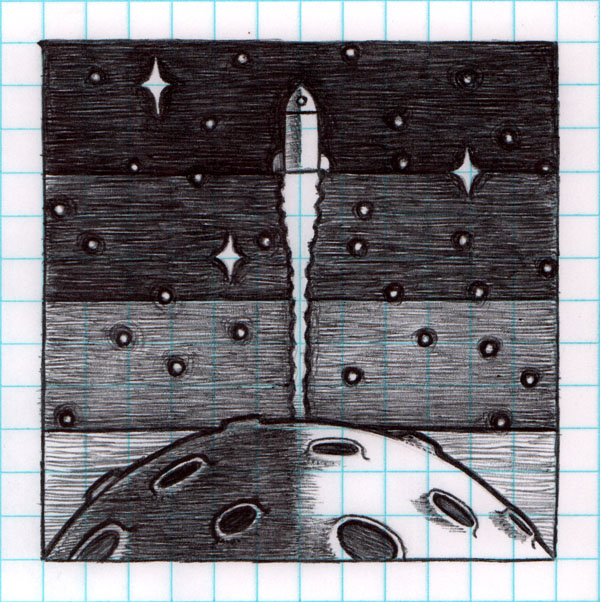 An early drawing in the series