“The game development process has been under way since 2015. For all this time, a lot of content and functionality has been added to the game. As we are an indie team, we cannot decide on a full-fledged release without positive feedback and extensive testing of all the functionalities. In addition, we want to test the game balance and to add more content.

Also, we want to get feedback about our game. The whole development work has been done at our own expense and without any investors. Therefore, due to temporary financial difficulties, we look forward to receiving some financial support, at least at the early access stage.
At its earliest stage, game development was not a matter of commerce, but rather a matter of creativity. We didn’t really like it that many modern collectible card games (CCG) lacked balance altogether. They lacked balance in game mechanics (the dominance of the random element). And there was also no balance in terms of unbalanced maps being present, from which the meta was built. As a result, the only thing we could do was develop a game, interesting to play, which combined similar mechanics and skill-based competition with no sheer luck assisting you on your way to victory. We really are in need of community support, since our team is not very large.”

“From one to three months. It all depends largely on your feedback.”

“All bugs will be fixed.
The daily tasks system will be finalized.
Shirts and flags are to be added and finalized, too.
Achievements, boosters, flags, shirts, rating, gold and players’ diamonds will be transferred from the early access version of the game to the full one.
We are planning to carry on with our development work after the official release. We are going to add new cards and, after a certain time, we are planning for a campaign with a captivating plot.”

“Currently, the game is absolutely playable. A chat and over 100 balanced cards have been added. Now we also have a multiplayer, a quick match with rating-based rival selection, a card-, flag- and shirt-purchasing system and a rerun-watching functionality. There are unit voiceovers and animation effects.
We believe that almost all the necessary functionalitis are ready now, but there are still a number of minor shortcomings.”

“No, the game will remain free.”

“Feel free to leave feedback about the game on our official Steam forum or on our official Facebook page, we will be sure to check it every day. We are extremely interested in getting the opinion of every potential player. Besides, you can meet the developers right in the game, we all love Grace of Zordan and will play it together with other players.”

In Grace of Zordan, you use spells, organise your units in the battlefield and lead your hero to victory using the cards and abilities of the creatures. As developers, we tried to create the card balance that would not be based on donate and some cards dominating the other ones, but rather on fine interaction among them and the player’s skill. We strive to avoid the situation where the players either stop using some of the cards or use them significantly less often than the other ones.

We drew inspiration from a variety of genres and diverse games: chess, Heroes of Might and Magic, Diablo, Warhammer 40k: DoW, Warhammer: Total War, Hearthstone. We do our best to improve the game’s attractiveness to people who prefer winning with their own abilities, style, cunning and calculation. We are trying to minimize the Pay-To-Win effect to a Pay-To-Opportunities system, so that the players could showcase their skill more.

3 Decks instead of one

You decide which deck to draw the next card from. To get to the card you need faster, put it in the first deck. In our game, you’ll find it a lot easier to put together a deck of your preference to defeat your opponent.

Alternative use of mana through balanced game opportunities will help you reasonably diversify your strategy.

A unique game board that allows you to win tactically. Battle mechanics allow you to make tactical advantage of creature position and characteristics.

Use unit characteristics to break enemy defenses or come up with a counter-strategy.

Throughout the development process, the balance was tested and developed by people with cybersport experience. We strive to minimize occasionality.

Looking forward to seeing you in the Grace of Zordan! =) 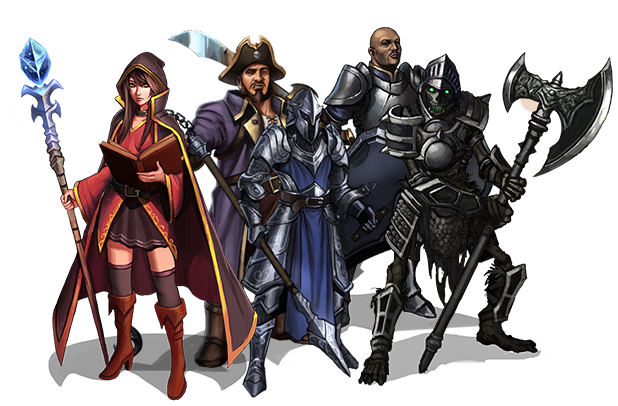 All rights reserved by CyberGrotex team.