Clone Drone in the Danger Zone

Clone Drone in the Danger Zone is a robot voxel slice-em-up where any part of your body can be sliced off. With your mind downloaded into a robot gladiator, you must survive the sinister trials of the arena.
Recent Reviews:
Overwhelmingly Positive (322) - 97% of the 322 user reviews in the last 30 days are positive.
All Reviews:
Overwhelmingly Positive (10,161) - 97% of the 10,161 user reviews for this game are positive.
Release Date:
Developer:
Doborog Games
Publisher:
Doborog Games
Popular user-defined tags for this product:
Robots Action 3D Fighter Swordplay Fighting Indie Early Access Funny Singleplayer Multiplayer Pixel Graphics Voxel Futuristic Third Person Difficult Survival Comedy Dark Humor Philosophical Roguelike
+ 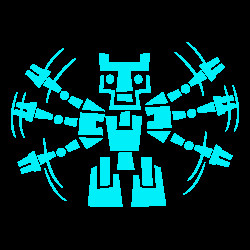 “We're looking to leave Early Access in the later half of 2020, or whenever we feel the main awesome game modes and features we have in mind have been built, proven out with community play and stabilized.”

“By time of full release, we expect to complete the story, add co-op, more weapons, enemies, etc. The Early Access version will be continuously improved up until the full release.”

“Story Mode is a work in progress, currently comprised of 20+ levels spread over four chapters. Chapter 5 will bring the story to its epic conclusion!

Endless Mode provides a replayable experience of over 100 levels spread over 7 escalating tiers of difficulty. New levels, upgrades and enemies are continuously added to the game and surfaced here.

Alpha Stability: There may be bugs! Tell us and we’ll fix them!

Heavy iteration: Your favorite feature might get radically changed. Hopefully into something more awesome. Feedback welcome!”

“Extremely closely. Erik (Mr. Doborog himself) is often streaming game development, art integration and level design live on Twitch, and taking suggestions from viewers in chat. There is a giant duck in the game that’s all the Twitch chat's fault.

There’s a thriving Clone Drone community Discord chat server where players post their streams, clips, gifs, and chat with our (small) game team. We are also active in forum discussions and closely listen to ideas from community members.

We occasionally make experimental beta branches available for players, typically coinciding with Erik's Twitch development streams. (Note that these are less stable than the early access game, so necessitate backing up your data, etc.)

Some places to find us:
”
Read more

Apologies for the brief agony while we harvested your mind. But now your thought patterns are safely encased in this sleek, shiny robot!

WITH A LASER SWORD.

SURVIVE AND PERHAPS YOU WILL EARN UPGRADES.

GOOD LUCK IN THE ARENA.
We hope you survive longer than the last contestant...

Oh, and the one before that...

Features (in the game right now!)