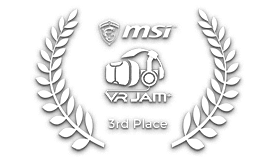 “VR train simulation of this kind has never been done before, and as a small team we think early community feedback helps us greatly in keeping the game on the right track. With that said, Derail Valley has many years of work behind it, already offering 50+ hours of gameplay.”

“We're nearing the level of quality we wanted to have at launch, so Derail Valley should not stay in Early Access much longer. That said, there's a lot of features and content that we hope to continue to add with community help, even after the game has left Early Access: http://www.derailvalley.com/unlocks/”

“The game is almost there! We aim to improve a few remaining kinks and add some more content and features before releasing. As said earlier, a lot of extra features and content are something we want to do post release with community help and can be seen here: http://www.derailvalley.com/unlocks/”

“Derail Valley currently offers stable and fun 50+ hours of gameplay in VR and PC, and is aimed to leave Early Access relatively soon.”

“The price will very likely be increased when Derail Valley leaves Early Access. More information about that will be announced in the future.”

“We love community feedback! There are countless suggestions that we've received from community and implemented or plan to, let alone bug fixes. Being a small team, we find each comment, forum discussion, gameplay video or stream very helpful for us in deciding what to do next. Thank you to all of you who helped us make Derail Valley a better game!”
Read more
VR Supported

Drive massive trains through beautiful, challenging natural environments. Make deliveries of cargo between various industries spread across a vast open world. Earn money, buy new licenses and advance your career as a train engineer, all in a seamless, emergent playthrough.

You can feel the physics. Walk without restrictions, in and out of locomotives, changing them as you see fit. Couple and uncouple trains as you complete your deliveries. Choose new deliveries freely. Take many at once if you will. Service your trains after derailing. Do this all spontaneously, and at any point you can save and continue later.

Built from the ground up for Virtual Reality - optional

Derail Valley fully supports playing on a regular PC, using mouse and keyboard on a flat screen, but virtual reality is where it really shines. In VR you can, for the first time ever, truly be inside train cabs and operate controls with your own hands. Derail Valley supports all major PC VR headsets, such as: