“It is hard to make a game and it is even harder to make a good game.
Early access is the best way to get instant feedback and improve the quality of the game over time and turn it in the right direction.”

“As long as needed, but of course the plan is to complete it as soon as possible.
If everything turns out well, I will keep updating this game as long as possible after finishing it.”

“The current state is quite good, it is playable and challenging.
There should be no game breaking bugs at this moment and there is already a lot to explore and discover.
Local and local network multiplayer is also ready for action and definitely VR-Party compatible.”

“We might gradually raise the price as we ship new content and features, but it will be definitely more expensive when it is finished to reward the early birds.”

“By using the Steam forums and taking polls on community discussed game changes/features.”

2149: More than a hundred years ago, mankind successfully made their step into space. They started settlements on Moon, Mars, and Europa and eventually expanded beyond the solar system.

These Are the Voyages Of Space Station Loma.

Following the pioneering spirit of your ancestors you volunteer for an expedition to the outer sectors of the known universe. It was your motivation, your qualification, and your value for mankind that convinced the committee to send you on this suici … supervisory mission to Space Station Loma.
You alone are responsible for the maintenance of the station.
Even after five years of training you don’t know whether you are really up to the job, but then again, how hard can it be to push some buttons, eh? 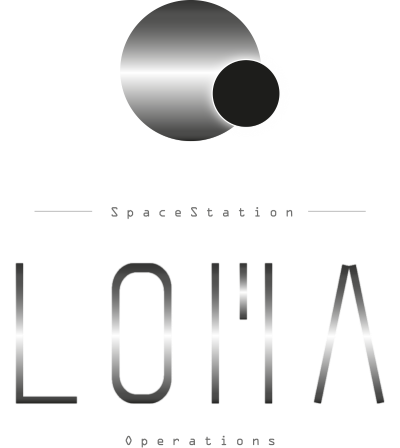 If you were looking for a non platform defense game in VR, you found it!
In this “space station explosion simulator” you play as an engineer who has to manage a space station at the end of the known universe. Besides the normal operation and repair of a space station, you will face multiple dangers, like asteroids, space pirates, and anomalies out there.
Are you the engineer we are looking for?

Making the 1001st spaceship simulator, or something new?

Inspired by NerdCubed's game "Systems Nominal", Chaos Commando (from Holo Café), Deep Space 9, Stargate Atlantis and Job Simulator, I wanted to create the ultimate Space Station experience with all of its awesomeness and drawbacks. This "Space Station Simulator" should give you a feeling for what it takes to operate such a highly complex artificial construction in the emptiness of space.