Guide squads of tin soldiers to safety through this magical toy filled world. A beautiful puzzle game with a heartfelt story. Are you guiding the soldiers or are they guiding you?
All Reviews:
Positive (34) - 91% of the 34 user reviews for this game are positive.
Release Date:
Developer:
Rogue Sun
Publisher:
Rogue Sun
Popular user-defined tags for this product:
Indie Early Access VR
+ 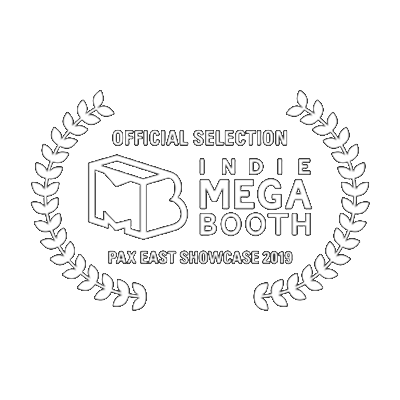 “Tin Hearts plays out over a total of 3 Acts. Our Early Access build is Act 1 and it is about 3 hours of gameplay.

We are hoping our vision for the game, as captured in Act 1, will resonate with you and we'd love for you to join us on the journey to completing development on Acts 2 and 3.

During Early Access, we're planning to be actively sharing builds showcasing the future content and improvements on the existing content, collecting feedback from the community and acting on that feedback.

We can't wait to show you what we've put together so far and we look forward to shaping the rest of the game with you!”

“The final game will have 2 additional Acts of roughly the same size as Act 1 (the Early Access build). These will take place in entirely new locales, they will advance the story and they will feature mechanics that will dramatically change up the gameplay.

Act 1 (Early Access build) is about 3 hours of gameplay. All 3 Acts will take about 9 hours to complete.”

“The Early Access build contains the first 3 hours of the game at nearly finished quality - excluding any issues or feedback our community might raise.

While it reflects the opening of our story, it is a polished, rewarding and complete experience in its own right. Think of Act 1 as the first episode in a 3 part episodic series.”

“Our Early Access build contains about 1/3rd of the content we have planned for the full game. The current pricing reflects that.

By purchasing the game during its Early Access, you are enabling its future development, while at the same time getting a big discount on the full game! Win win! :)”

“Tin Hearts’ delightful opening act isn’t just a rock-solid puzzler; it finds genuine use for its platform, too. This is a masterclass in VR world-building, making your environment and its history intrinsic to the experience.”
UploadVR

“Sometimes it’s easy to tell almost straight away when you’re going to enjoy a VR experience, and Tin Hearts achieves just that.”
VRFocus

Why Can I No Longer Buy Tin Hearts?

As you may have noticed, we recently removed Tin Hearts from sale on Steam, for now.

Why did we do this?

*Drum roll* We are now working with an incredible publisher who is helping us bring Tin Hearts to life! With their support we’re now able to realise the full vision of the game and deliver to the incredibly high standards that we demand, and you want to see. To that end, we are busy making the game even better, with additional polish, enhanced gameplay, improved performance, and more… This is an incredibly exciting development, and we will have more news to share with you all soon, including an update regarding when we intend the game to be completed.

And don’t worry, if you've already purchased the game in Early Access, you'll get the new version for free at launch!

It's been awesome to connect with so many of you who supported us during the Early Access phase and a big thank you to everyone who has provided so much valuable feedback and ideas, along with heartwarming messages of appreciation so far. So please, continue to do that as it makes a big difference to both the game and the energy we put behind making it. In time we will also share details of our publisher's Discord, which I can tell you is an awesome place to hang out in, with lots of lovely folks sharing their love of video games.

For now, stay tuned, and thank you for your continued support, it means everything.

Guide squads of tin soldiers to safety through this magical toy filled world. A beautiful puzzle game with a heartfelt story. Are you guiding the soldiers or are they guiding you?

Feel like a child in a toy store again as you enter a world full of magic and beauty. Immerse yourself if the warm, peaceful world of Tin Hearts, take your time working through the puzzles and enjoy the game's memorable soundtrack. We've tried our hardest to build a world that you'll want to spend time in even when not focusing on the gameplay itself.

Unlock powers to control objects in the world, from toy blocks to drums. From humble beginnings you'll soon become a master of this mysterious world. Link objects in interesting ways as you build paths to the exit for your fearless tin soldiers to follow!

What is this place and who are these people you catch occasional glimpses of? Embark on an adventure masterfully woven into the fabric of this puzzle game world. Clues are everywhere and if you seek them out you will be rewarded with an emotional, human tale that aims to resonate beyond the world of the game itself.