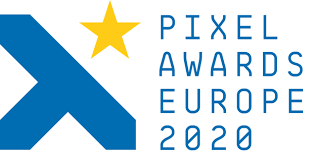 “Soldat 2 is a true indie game developed by a one man army (MM) and its development is closely knit with feedback and ideas from its community.”

“
Soldat 2 will have full modding support, including custom levels, game modes, vehicles and weapons. One of the main goals of Soldat 2 is to provide an accessible powerful platform for custom community content.”

“Feedback is the backbone of the game's development. Mostly centered at the Soldat 2 Discord server.

Major content updates are scheduled to be released every 2-4 weeks. Minor updates are distributed via a beta branch.”
Read more
Check out the entire Transhuman Design franchise on Steam

“If you had any form of childhood 15 years ago, THIS WILL MAKE YOU WET YOUR PANTS!”
Edvin

Soldat 2 aims to recreate the classic experience of online deathmatch made famous by its predecessor, with the same physics-based movement, violence and guns. Plus it is much more with a new stylized 2.5D look, ranked multiplayer, QoS improvements, customizations and new exciting weapons, maps and game modes.

Developed in tight cooperation with the community (join us on Discord!)

Made (mostly) by one man,
the original creator of Soldat, King Arthur's Gold and producer of Butcher
Michal 'MM' Marcinkowski.

Soldat 2 and Soldat is Copyright © 2001-2022 Transhuman Design, All Rights Reserved.