Check Out Our New Game

This game has a small community and finding a game with real players can be difficult. The game has a big focus on bot matches. If you are not sure if you like that, please check out our Demo version of the game before purchasing it. Thank you! 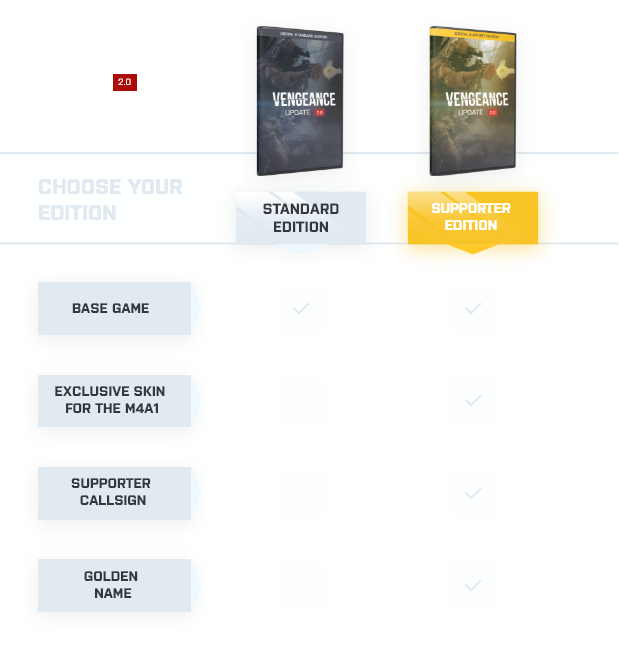 Play Fast Play The Past

Vengeance is an old-modern-school shooter. Paradox! But not quite:
Today's modern shooters feature a lot of microtransactions and loot boxes in most cases. Vengeance does not feature any of that! If you liked online shooter from the 2007-era, you will absolutely love Vengeance!
Enjoy four different game modes like FFA, Domination, Team Deathmatch, and Gungame.

The idea was to make Vengeance as fast as possible and dying not painful. After you died, you can respawn directly without waiting. The five maps a very small, very chaotic, so you have to be the type of player who wants nonstop action!

Your Playstyle Your Weapon

Choose one of the 20 weapons we're offering. From MPs to Shotguns, we have it! Enjoy every second of the recoil!

No Players No Problem

You don't find a match? No Problem Vengeance offers full bot support. That means you can rank up and unlock weapons even without playing against real players!

No problem, feel free to try out the official Vengeance Demo version. This version offers every map of the game but only two weapons like the M4 and P350.