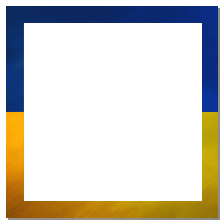 Check out the entire Cossacks franchise on Steam

The Standard edition includes five singleplayer campaigns, which are based on the historical events of the 17th and 18th centuries. Liberate Turin from the French garrison, overcome Ottomans in the Battle of Khotyn, defeat English rebels in the Battle of Edgehill, defend Mogilev against Polish troops, and establish your superiority at la Manche! Prove your strategic skills in battles that determined the course of history.

Become the commander of a colossal force, leading your troops into mass fights with up to 32 000 units present on the battlefield at the same time. 20 unique nations, 100 research opportunities, over 220 different historic buildings, and 120 unit types are at your command. Besides the epic battles on land, you are welcome to build the greatest armada the world has seen and dominate your enemies at sea.

Send your peasants down the mines, chop forests for wood, and don’t forget to manage the crops. Keep an eye on your town's prosperity and the field victories simultaneously, as if you are the true eminent hetman! Dive into the Golden Age of the RTS genre and explore infinite tactical options, including buildings construction and resource production, a broad selection of various units, and the landscape influence.

Once the singleplayer campaigns are completed, advance to conquer the title of the Greatest General in the multiplayer! Up to 8 commanders can compete for the victory or forge alliances against an AI opponent. Do you have what it takes to outsmart the adversaries?