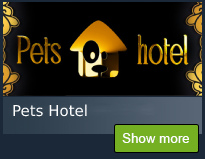 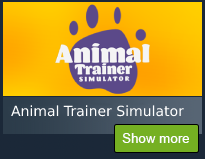 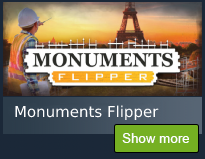 Ship Graveyard Simulator 2 is a continuation of the warmly received first part of the game, in which the player will take care of destroying and recovering materials from shipwrecks.

In the game, you can expect new bigger ships, new gameplay mechanics, features and improvements, but also well-known mechanics from the first game that have been significantly improved.

IT'S GOOD TO BE BACK IN THE BUSINESS!

Ship Graveyard Simulator is back bigger than before and it doesn't matter if you're a veteran in the game or for the first time you will have a hammer and a torch in your hands there are a dozen of kilometers of wreckage on the coast, and thousands of tons of steel - you will get into this business.

Large ship parts? Oh yes! You will need a special crane and a large container for it. Ship Graveyard Simulator 2 will have large fragments, modules and wreck components available for demolition, including engines, pumps, control panels, and much more.

Order new ships waiting for demolition via the computer in your home, and with the new ship, you will receive a new task! Collect all the necessary steel, aluminum, or copper parts, even a small part has its own value. There will be several types of ships available in the game, which will be divided into individual categories - some of them are real colossi.

Your main task in the game is to dismantle ships into small parts. Some of them will be small, but a huge challenge awaits you, which will be the disassembly of real giants, and hiring workers who will be able to help you. Use the available tools - hammer, saw, torch, etc. - to disassemble individual pieces of the ship into smaller pieces, collect as many of them as possible and develop your business!

Remember that you are doing one of the most dangerous jobs in the world and you disarm the biggest shipwrecks in the world, so what could go wrong? In Ship Graveyard Simulator 2 there are many dangers waiting for you - gas leakage, electric shock from cable, and poisoning with toxins in unsecured rooms. Do you remember about large fragments and ship modules? You'd better have your helmet on.