“Engine Evolution 2022 is the biggest release in the Engine Evolution franchise to this date. The world of motorbikes expands to the world of 4 wheels, featuring a new nature engine, improved physics, multiplayer, sounds, customization, graphics, and much more! Introducing this much content will bring a whole new set of challenges to tackle at the Early Access phase.”

“The full version is planned to contain high-performance multiplayer supporting dozens of players in one race compared to the current 12. Also, the physics of formulas will be developed and balanced heavily during EA since a lot of feedback will be needed during the development. New circuits and vehicles will be introduced, bringing new balancing challenges.”

“You are able to enjoy 12 player races across 20 circuits on 80 motorbikes. See more in the game's description.”

“The prices will be the same.”

“I am looking forward to reviews of testers and their feedback. I will make my best as always to incorporate as many adjustments based on feedback as possible into the game. Any gameplay feedback will be greatly welcome as well. The easiest way to contact me and have a discussion with me and other players is via Discord: https://discord.gg/a48kZ9xkE5”
Read more

This game was created during my studies at Charles University in Prague. I made most of the game alone. I hope you will enjoy it! My goal is to capture 150 years of racing in a single game one day.

Engine Evolution is a multiplayer racing game that uses similar principles as World of Tanks - with each race, against 11 other players, you gain experience and credits, for which you can buy various upgrades for your vehicle, or unlock newer vehicles. You start with machines of 1906, can you get to the very top and ride on modern machinery?

Controls are simplified enough to still give you the passion from riding but not too complex to take you hours to learn. It mainly focuses on giving players the best enjoyment from racing fights possible. The core of the game are short dynamic races with a high density of action. The feeling from the ride is very reminiscent of older games, do not expect a hardcore simulator. On the other hand, it's not a kart racing game - there are physics and you need to keep that in mind.

You can customize your vehicle and rider as much as you want using a simple yet rich customization system. You can paint your vehicles with any combination of color or any of hundreds of available patterns.

The game is based on custom cloud-saving technology. As part of that, it contains many classic MMO features like cloud save, leaderboards, daily missions, achievements, and stats! Compare yourself to other racers! 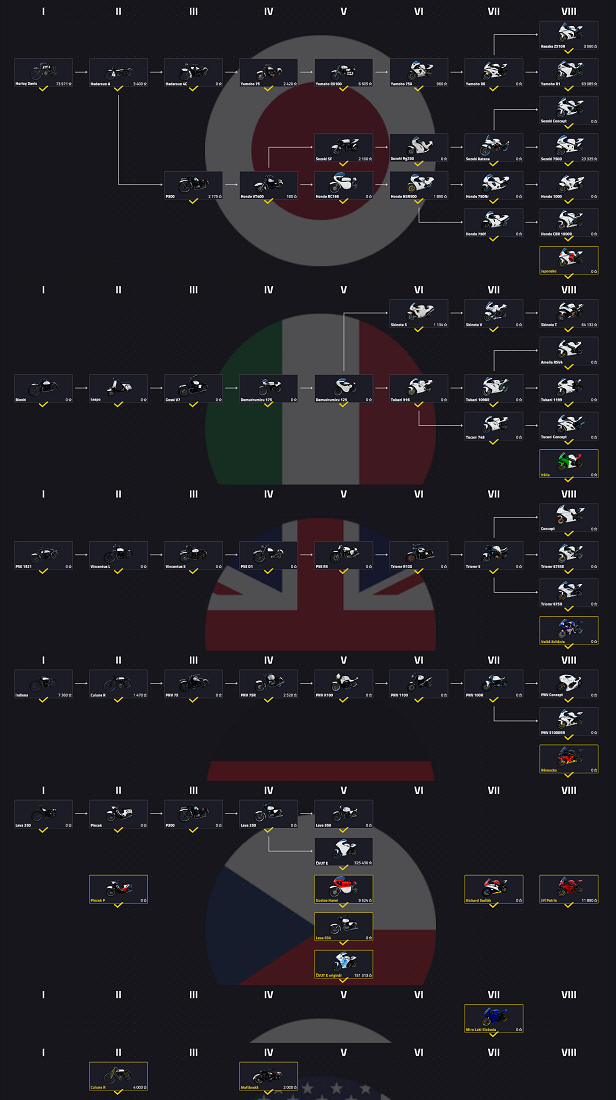