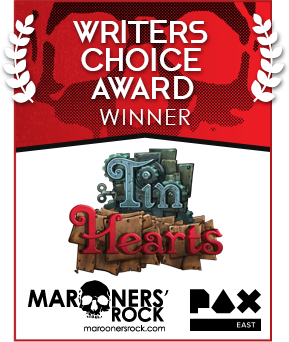 Check out the entire Wired Productions franchise on Steam
Notice: This title runs in both standard and VR modes. It does not require a VR headset.

Planned Release Date: Wishlist and follow to stay up to date

Behind every brilliant invention, hides a magical story. From members of the team that brought you Fable, comes Tin Hearts – an immersive puzzle adventure game wrapped in a powerful tale of love and compromise.

Discover a deeply emotional story spanning generations and dimensions, masterfully woven into the fabric of this puzzle-filled world. Clues are everywhere, seek them out and you will be rewarded with a heartfelt tale, beautifully voiced and animated over three acts.