From the developer of cult hits Deadnaut, Zafehouse Diaries and Fear Equation comes Deadnaut: Signal Lost. In this slick, fast-paced roguelike you’ll take control of a single Deadnaut, unlock suit upgrades and abilities, fight cosmic horrors, and investigate drifting wrecks and abandoned moons. But remember: your Deadnaut is not your friend – earn their trust, do your job well, and they might return the favour.

Equip your Deadnaut with a wide array of weapons and gear and lead them through a series of procedurally generated missions, fighting where you can – and running when you must.

The cosmos is tearing itself apart. Wrecks are full of horrible, interdimensional creatures, the dead roam surfaces of moons, and you’re being hunted by technically advanced soldiers. Experience the world of Deadnaut up close.

Your Deadnaut may not like the idea of being torn apart by unknown horrors. If you do a good job, they'll happily accompany you. If not, pay them off or turn them into a mindless space golem. But remember: everything has a price.

There are many ways to play, from weapons and sensors, to shields and hacking. Will you take the heavy duty Labour suit and slice your way through the ship, or will you slip through the shadows in the ghostly Sensor suit? Maybe you prefer you manipulating gravity, placing drones or sniping from long-range? Play the way you want. 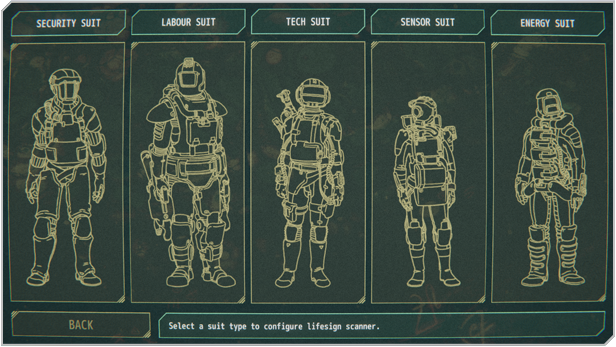 Encounter dozens of enemy types, each with their own strengths and weaknesses. Avoid – or exploit – the security system in each level, from the Watchers that roam ships to the malfunctioning security Towers and Sentinels that guard settlements.

Tailor your armour and damage potential, develop your Deadnaut, and discover powerful combinations and synergies among over 100 upgrades. 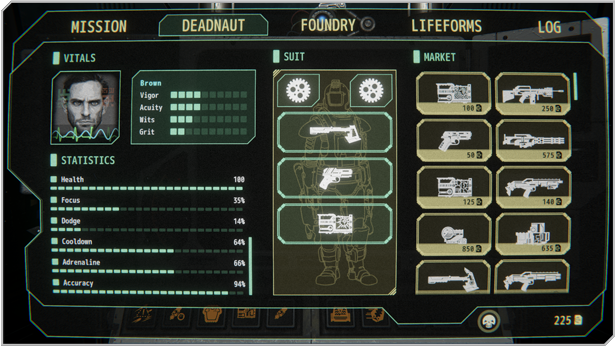 Is this a sequel?
Deadnaut: Signal Lost is not a sequel. It is focused on a single Deadnaut, rather than a whole squad. The action is more intimate and tactical, and you can develop your Deadnaut with numerous suit upgrades and abilities. Furthermore, the gameplay is turn-based, not real-time, which helps focus the action.

How does this relate to the original Deadnaut (2014)?
Deadnaut and Deadnaut: Signal Lost are both situated in the same universe and feature similar, mission-based gameplay in procedurally-generated locations. Furthermore, in both games you take on the role as a remote handler who controls the action ‘at a distance’ via a physical console. The Deadnaut also uses similar weapons and suits; battles against security systems; trades ‘knowledge’ for gear; and can be cloned upon dying.

How many levels are there?
Deadnaut: Signal Lost is designed to be fast, easy to pick up, and replayable. There are roughly 8 - 16 levels in a standard game. With five suits, special game modifiers, multiple difficulty levels, over 100 upgrades, loads of gear and procedurally generated campaigns, we think you’ll be occupied for a long time.

Isn’t everything ‘roguelike’ these days?
Deadnaut: Signal Lost has many genre-defining features, such as turn-by-turn tile-based movement, character progression, procedural generation and permadeath.