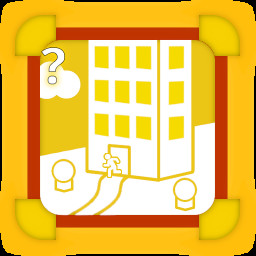 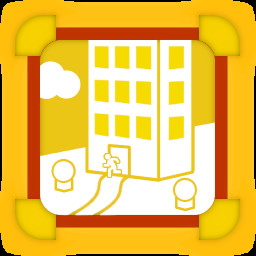 “May 23, 2021:
Early Access is a great way to get your game out to the players hands, we used these past few months to collect a lot of data and resources on how to approach puzzle-making. Not only is the original text true, but we feel like more work needs to be done for Exit Strategy.

Original Text:
Early access allows us to implement experimental features and puzzles which we can coincide with feedback that is submitted by players. This feedback allows us to create a higher quality game geared towards the community.”

“May 23, 2021:
Exit Strategy will continue to be in Early Access until the entire campaign has released. We are expecting to continue supporting the game for a expected release in holiday season 2022 (November-December).

Exit Strategy will be in Early Access for one year, with updates scheduled to release on a monthly to bi-monthly basis.”

“May 23, 2021:
After multiple updates we have decided to re-work the original game skeleton to create a better experience. The game will be restructured to support drop-in-drop-out co-op play, this way other players will be able to join you mid-session without having to restart the level. We are also creating a more streamlined campaign, rather than a lobby with map selection you will be able to traverse through the levels. The latest legacy version before the re-work will always be available through the Branch Manager in steam.

Rework Features:
-A campaign revolving around a secret lab in a mansion
-Drop-In-Drop-Out co-op so you can help your friends at any time
-A switch of perspective, Exit Strategy will switch to a third-person perspective to enhance the puzzle experience, no more needles in haystacks!
-This includes most ideas we previously with all existing Escape Scenarios, refactored to fit the campaign theme more.

The Alpha version of Exit Strategy contains the skeleton that allows players to connect together and pick a map to play on. We would like to build on this by creating different scenarios with many destinations that are centered towards solving puzzles and sometimes working against each other.

Our current development progress can be followed in-game through the Roadmap menu and online via Steam announcements.”

“May 23, 2021:
Early access has 2 game-modes available at the moment, Apartment Escape Room & Prison Break. When purchasing the game you will have access to multiple variants of the Escape Room. You are able to invite up to 4 players for the Escape Room & 8 for the Prison Break. The escape room consists of small 20-40 minute levels that have multiple puzzles, interactable objects and physical items to mess around. The prison break game mode revolves around prisoners escaping from guards by either eliminating all the guards on escaping the prison.

!!! Important !!!
With the next update we are focusing on creating a higher quality and more detailed experience. You will have access to all of the current content, but it will be separated to a legacy branch. In addition we will be creating a beta branch that will allow players to try out the next update ahead of public release. We are using the beta branch to collect data and stress test the game.

Original Text:
The Alpha version of Exit Strategy contains the first 4 variations of the Apartment Scenario containing over 30 interactable objects and over 40 puzzles per level. Playable both solo or as up to 4 players in co-op, the goal is to bring the effigy to the ritual and dispel the ghost away from the apartment. Players will be able to earn achievements and score to unlock new difficulties.”

“May 23, 2021:
We recognize that the original vision of Exit Strategy is a little too much to chew, therefore we are abandoning raising the price until full release. Planned for holiday season, 2022.

Original Text:
Exit Strategy has a road map in which major content packs are planned to be released on a scheduled monthly basis. With every second update we will be raising the price gradually to reflect all the new features, maps and content in the game.”

“We are looking to use the Steam forum integration alongside social media platforms including Facebook, Twitter and Discord. We are also open to email at support@rotospacestudios.com.”
Read more

You and your skeleton crew have been eternally cursed to solve puzzles and go on dangerous adventures, will you accept this challenge? Choose your adventure and progress through intense gameplay! Along the way you will experience PVP and PVE scenarios that will surely test your abilities and problem solving skills. A rewarding experience for any who may dare to try!

Play together & Beat the Timer!

Explore various scenarios together with up to 4 friends or alone. With over 40 special puzzles to beat in each level it's always good to bring a partner for the escape!

A Development plan has been laid out to cover a year of monthly updates up to the release version! You are able to track progress through our Roadmap located in the main menu and online via Steam announcements.