Once upon time, the Damned was walking home after rolling dice with the Gambler when a shiny object appeared: it was an artefact of astounding beauty, complexity and power that just stood there, on the street of the Clockwork Town!

Perhaps it dropped off someone's train? Or slipped between someone's careless hands? It's hard to believe that something so precious would not be missed by its former owner, but hey, the Damned would be damned if they gave a damn! And thus the mystery ended up in their possession.

With the possession of the artefact came the changes. On the upside, with eyes burning like coals, there was no longer any need to have a light to read at night; and everyone in the Clockwork Town now recognised the prestige that came with the ownership of such an object. On the downside, with the prestige came everyone's attention, closely followed by plans of stealing it for themselves... 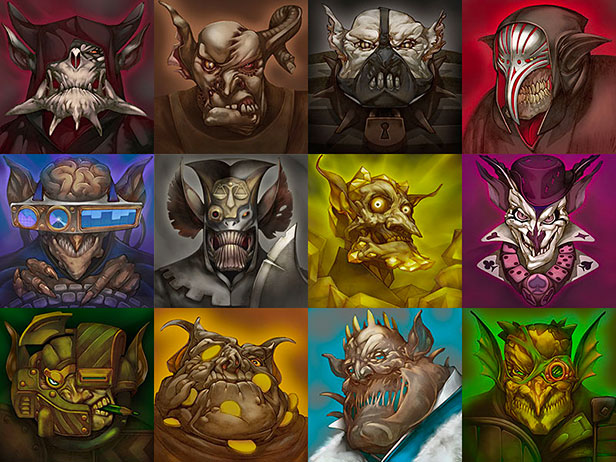 "Agents of Chaos" is the story of the Devil's attempt to corrupt the corrupted by giving gremlins a powerful artefact that pitted them against each other. Unfolding across 12 duels with custom decks and custom rules, this campaign tests your knowledge of the game's mechanics by introducing a fresh set of unique challenges.