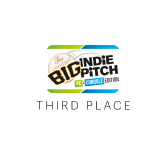 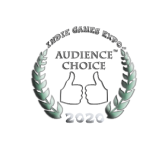 Assimilate! (A Party Game) consists of three rounds of finger-pointing fun. Each player is either a human, robot, or programmer (the robot's best friend) and needs to work together in order to win. The only problem, the humans don't know who their fellow humans are so they'll have to use logic, deduction, and teamwork to figure out who they can trust.

Team Humans
Objective: Identify (and kick out) that pesky robot!

Note: This game can be played locally or online with remote players.