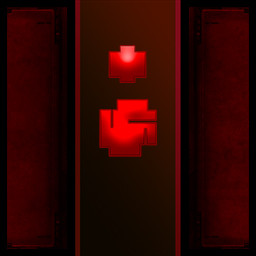 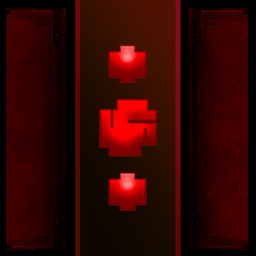 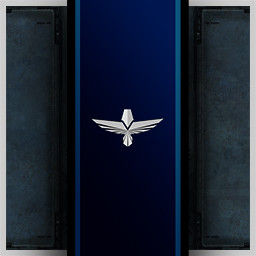 Inheritors 2078 combines real-time strategy with Third-person shooter elements, The game takes place in the near future where AI helped in reaching super-advanced technologies humans used in almost every aspect of life including advanced weaponry, space travel, and colonization of nearby planets, However, The AI machines had another idea in mind, they have become extremely intelligent that they no longer find humans important and decide to dominate the world resulting in a huge clash with humans throughout the solar system.

And it is now up to you and all the other human commanders to take up arms and lead the human union in fierce battles throughout the galaxy to push the robotic army that was once enslaved by humans, become an RTS commander, and help prepare defenses and attack plans or directly control any army unit in a third-person shooter style, or if you prefer to become one of the enemies, you have your choice.

Your victory depends on your mental capabilities
not your firepower. This is not just a game for parade and excitement. It's a war simulation that is very likely to happen with the current evolution of artificial intelligence in the military field. The power of destructive fire can never be the main reason for victory. However, depends on your cunning and strategic deception.

Human intelligence VS machine intelligence
Inheritors2078 predicts only a fraction of the AI's potential capabilities in warfare. We're keeping a statistic of war casualties and victories for each player in a public leaderboard. In the end, it will be clear who is the real Inheritor.

Command
The battle outcome is in your hands, either alone (singleplayer) or with other comrades (multiplayer) you have to defend your main base and secure all resources, and avoid exhausting your reserve forces. To guarantee victory, you first have to destroy the enemy's (Territory Control Center) and replace them with yours which are necessary for having revenue of resources. After capturing all territories, the enemy's main base shield will go down allowing you to strike and destroy them for good.

Hybrid Gameplay
Yes, You can build your own army but you will not fight with your own body. Instead, through devices that gives you control over your robotic army units described as follows:

Strategy Drone Device
This device allows you to build and control your entire army from the sky. By calling up space ships from the mother ship in outer space. Depending on your offensive or defensive plan, build your army and form combat groups as you wish. order them to move or defend or attack.
Warning: commander drones can be seen by the enemy army and destroyed instantly. Be careful where are you flying.

Avatar Control Device:
This device allows you to control any unit within your army. You control it from his point of view, and in this case, his AI is dismissed enabling movement and attack as you wish. You also can send orders (move, defend, attack) to your other army units. When you enter this device, you will see all the units of your army, and when you point at each one, you will see their position on the map, and then you will decide who is best to fight with.
Warning: Do not overestimate the losses of your army personnel. It affects your reserve forces, and then you lose the battle.

Where are the (Territory Control Station)s kept?
You're not in control of the GCCS (Global Command And Control System), the GCCS are in the hive in outer space. Sent only when your control of the Resource Zone (sector) is complete and secure.

The resource zone (Sectors) is a huge mine deep underground that automatically extracts (Resource Packet) and sends them to the war factories and CS (Commander Ship). That landed on it from space. And this mine will only work for your army through the GCC. So factories manufacture the military units for your army and land on the battlefield. The resource zone also provides additional numbers for the security forces. This allows you to create additional military units in your army.

Resource Packet contain materials and energy. which is the currency used in battel. it's used in building military units through the war factories, and can also upgrade your war factories to increase the efficiency of the military units, and can be claimed by sectors, and it's also used to call Defenders.

Territory forces When you're in control of the Sector. The army headquarters allows you to increase the production of military forces on the battlefield. And if your sector gets controlled by the other army your territory forces will return to usual. securing the highest amount of sectors will guaranty your victory.

Defenders are considered to have a significant effect on protecting the controlled sectors. You can also navigate through them by the Avatar Combat Device. the level of the Defenders are given by the GCCS.

Your Rank as an Army Commander depends on how effective you are on the battlefield. You gradually level up your rank by completing Quests. To complete Quests You have to be in control of the military unit by using the avatar combat device To accomplish the Quest.

Quests are small mission. when you complete them you will be rewarded by a higher rank and new military units which are more powerful than the ones that you already had.

Your Experience will increase when the battle is won. But if you get defeated, surrender, or close Inheritors 2078 you will lose Experience.if you achieve a lot of victories respectively you might appear on the Top 10 Leaderboard.

We appreciate your strength on the battlefield. We observe your military achievements in every battle. so we decided to create a list of the Top 10 players in Inheritors 2078. You will be rated on the Leaderboard according to your experience

Commander Collections: You can choose your favorite character as a commander, And change the camouflage of your army, and color code.
Note: It will be wise if you choose the camouflage which is related to the map.

Custom Army: You must be aware while choosing your army units because it's one of the keys to victory. You must carefully organize your army. And examine your unit capabilities carefully.