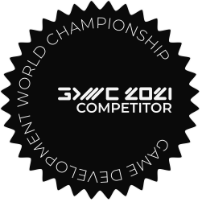 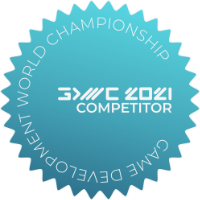 “Players are already playing since the very first months of its development. Your voice helps decide what works and what doesn’t. Thanks to that feedback, the core of the game is born, it’s fun to play, and its needs to be available for everyone.

There will be more content ahead of the full release, and Early Access players will help choose where to go next. During that time, Dead Event will still have that new car smell.”

“Currently everything on the store page description is in the game. The end of early access will have more content but this content will also be added sooner than that most likely for testing purposes, including Dungeons/Instances, Caves, Voice chat, steam achievements, cards, skins, more creatures, items, and things to do like quests and trading posts.”

“Core Gameplay and the foundation of the game to play with. Checkout the ''About This'' description on the steam store all those features there are currently in the game.”

“The price will increase after Early Access. There will be seasonal discounts during Early Access, including a launch discount. Get it while its hot!”

“We’ve got an Official Discord server with lots of users where we interact with the community. There’s an active channel dedicated to suggestions and wow have to say that most if not all of the game suggestions have been implemented. Dead Event has been evolving based on what players want, that's the plan for Early Access. The players’ suggestions dictate the specifics of what gets added next.

I really want feedback even if its positive or negative. It's all great feedback because I actually listen to my players to improve the game or give a reason why it cant be done. In the end the players are what make an online game and it's very important for me to involve the community in the game growing process so it grows in a positive manner. We’re also working with our community on the official Dead Event Wiki.”

Every creature you make during early access gets a exclusive Supporter Pack as a thank you for helping the game grow. (no pun intended) Includes: Head start over full release players, Bug Detective Hat, Growth Heirloom Addon for faster leveling(+Growth Experience Rate and +Gold Rate)

Join our helpful Discord Community for more information, help, support and friends. The community feedback shapes the game, come grow with us!

Dead Event is a indie MMORPG survival game in which the player grows up as a creature. The creature will grow bigger overtime and with interactions in-game also lose some growth on death. Form a colony or hunt alone, become part of a player-created ecosystem. Survive, eat or be eaten...