Under Lock
Developer
Shakitum
Publisher
Shakitum
Under Lock is a multiplayer asymmetrical PvP horror game for 5 players (4 survivors versus 1 monster). Take the role of a survivor with the goal to outsmart the monster and escape from lockdown. Or choose one from several unique monsters to hunt down and devour the victims.
All Reviews:
Mixed (63) - 69% of the 63 user reviews for this game are positive.
Release Date:
Developer:
Shakitum
Publisher:
Shakitum
Tags
Popular user-defined tags for this product:
Early Access Co-op Horror Survival Horror PvP Indie Action Multiplayer VR Asymmetric VR Atmospheric Survival Action RPG Dark 3D First-Person Realistic Supernatural Thriller Team-Based
+
Reviews
All Reviews:
Mixed (69% of 63) All Time 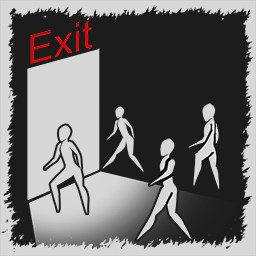 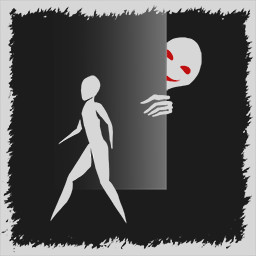 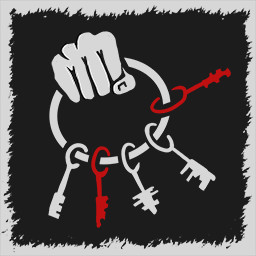 “It is important to receive feedback from a players. Do they like the current gameplay style of Under Lock, or should it be more competitive? Maybe some RPG elements should be added? Is the game occasionally scary enough? Early access would allow to gather opinions of the community and adjust the game as necessary.”

“I’m not sure how much work is left, but maybe about a year.”

And of course bug free, stable and polished version of the game.”

“There are 3 maps (Dark mansion, Abandoned school, Hospital), 4 survivor characters, and 2 monsters. The game can be played online or via LAN”

“Yes, probably price will be a bit increased after Early Access”

“The game has a Discord channel, where players can report issues or suggest ideas.

Currently due low amount of players it can be hard to find a server to join, so the game suits best for group of friends who wish to play together.
Alternatively you can join official Discord channel in order to find a group of players here.

Under Lock is a survival horror game that will immerse you into the grim ambience of damnation. The players can take one of the two opposing roles: monster or survivor. The game is designed for 5 players. One of the players takes the role of the monster, whose goal is to mercilessly murder all the survivors.
The other 4 players, in an attempt to survive, have to search for keys, which will eventually unlock an exit from the building.

Since the keys and other items appear in random locations, each round on the same level will be unique what will keep you entertained for many hours.

Moreover, the diversity of gameplay is achieved not only with random placement of items on the map, but also by completely different monsters, each of which has a unique hunting style and a separate set of skills.

Play as a survivor

As a survivor, your goal is to look for keys, that lead to the desired salvation. But one must remember, that not all keys lead to freedom. Some of the keys give access to other useful items. It is important to work as a team to achieve maximal efficiency against the monster, but do not forget the one main rule. The most important thing is to survive.

Play as a monster

Your goal is to exterminate all other players, but this cannot be done at the beginning. Scare the survivors first to become gain power which will unlock new abilities and eventually possibility to devour a victims.
Currently two different monsters is available:

Flatface is unable to move while someone looking at him, but it have set of abilities which allows him to disorient nearby survivors and perform unexpected attacks.

Wheeper is unable to see survivors directly, however its set of abilities helps him to detect, track and hunt down survivors which are not careful enough.

Shady is invisible until he gains enough strength, but still casts a shadow, and until then he is a harmless observer.

For people who are ready to truly challenge their mettle, Under Lock is available in VR. Now, when the boundaries of virtual reality are not clear, the monster is way scarier than you could imagine, it will follow your steps, startling you with every rustle. The monster is closer than it seems. It is almost here.
Survivors in Under Lock can play in VR on the same server with non-VR players.

THIS SOFTWARE IS CONSIDERED TO BE IN ALPHA STATE, AND MAY CONTAIN BUGS. UNDER LOCK DEVELOPERS TEAM TAKE NO RESPONSIBILITY FOR ANY DAMAGE OR LOSS OF DATA THAT MAY OCCUR AS A DIRECT OR INDIRECT RESULT OF USING THIS SOFTWARE, AND CANNOT GUARANTEE ANY DEGREE OF PERFORMANCE OR STABILITY, OR EVEN THAT THE SOFTWARE WILL BE USABLE AT ALL. USE AT YOUR OWN RISK.
©Under Lock. ALL RIGHTS RESERVED.