Red Orchestra: Ostfront 41-45
Developer
Tripwire Interactive
Publisher
Tripwire Interactive
Fight in the theatre of war that changed the world forever. Battle alongside your compatriots on some of the most inhospitable environments of the Eastern Front in Red Orchestra: Ostfront 41-45. Red Orchestra places you in the most realistic WWII first-person multi-player combat to date on the PC, allowing the player to fight through...
All Reviews:
Very Positive (1,280) * - 84% of the 1,280 user reviews for this game are positive. 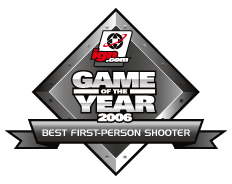 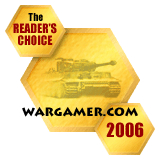 "... RO is also one of the market's most unique new shooters"

To commemorate the 72nd anniversary of the D-Day landings in Normandy, we have added a total of five new official maps for the Darkest Hour mod!

If you own RO:Ostfront the mod is completely free to you. To get your copy, simply head for the store page: HERE

Fight in the theatre of war that changed the world forever. Battle alongside your compatriots on some of the most inhospitable environments of the Eastern Front in Red Orchestra: Ostfront 41-45. Red Orchestra places you in the most realistic WWII first-person multi-player combat to date on the PC, allowing the player to fight through some of the most intense combat of the war. You can play as infantry, using a wide range of infantry weapons, or crew one of the many armored combat vehicles available in the game, from half-tracks to the most famous German and Soviet heavy tanks. Engage the enemy with everything in your arsenal, from your bayonet at close quarters up to the massive 122mm cannon on the Soviet IS-2. And if that isn't enough, find an officer and a radio to call in thunderous artillery strikes to shake the enemy loose.
New for Summer '07
This update includes a new map, a new vehicle and some major graphical enhancements to the game and is available to owners of the game for free through Steam. The new map - Krivoi Rog - gives players the largest tank slugfest to date, with 16 square kilometers of terrain, 3000 meter viewable range and up to 50 players. This map also features the new vehicle - the German Panzer IV G, providing the German players with some additional fire-power for the mid-war period.
In addition to the new map and vehicle, an all-new adaptive bloom system has been added for the game's graphics, making the bloom crystal-clear even at low resolutions. For further eye-candy, Anti-Aliasing and Anisotropic Filtering settings are now configurable in-game.
New for Spring '07