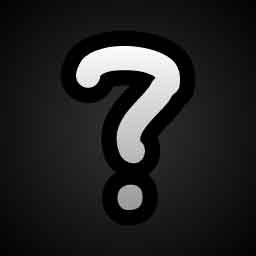 “The game is playable and has some content, but not enough to be called a full release, yet! We plan to continue adding free content like maps, modes, silly skills and weapons until ready to release fully.”

“Advanced playable prototype in which you can play multiplayer with other players!

For details see the "About This" section in the store/”

“We plan to slightly increase the price of the product to reflect the extra content created for the completed game. However it is always going to be cheap as chips!

A finalised price will be decided once a more rounded and filled product has been completed.”

“Make the memes of their dreams - in combat form.

Email us and we will see what we can do to add/change content as we go. As updates are made we will communicate through the News system of the title, and hopefully get a forum!”

“Seriously, just such a great game, who wouldn't want to shoot other players in the balls?”
69 – Totally Legitimate Reviewer

“Why are you wasting your time on this project, honey. Why don't you study like your brother”
10 Stars – My Mum

Countryballs: Modern Ballfare is a satirical third-person online-multiplayer shooter. It pits Countryball against Countryball to find the answer to a single question: 'Which country really has the biggest balls?'

Blends big bullets, bigger balls, and the biggest bats, with absurd abilities, crude customisations, and mediocre memes into what is surely the most modern and accurate representation of warfare ever depicted.

Or are they ball shots... Either way, our ground-breaking technology guarantees your precision. It might even be the only shooter out there that can promise you score headshots every time. You'll feel so talented! Go you!

Does jetpacking across a map, throwing poop in someone’s face, and then attend a disco sound appealing to you? With batshit abilities like this you'll have a blast frustrating your enemies whilst being frustrated by them! Fair AND exciting!

Need I say more? Probably not, but I will because it's my job. Smash the Piñata and unlock accessories for balls. Show your balls off to impress your friends and enemies alike.

This game is still in development and there are plenty of weird and wonderful additions we would like to make! If you have any thoughts or ideas you'd like to see make it into the game, send us messages and maybe we won't ignore them.

Because why not spam us with ball pics and feature requests directly day and night? We can't blame you, we did it to ourselves!