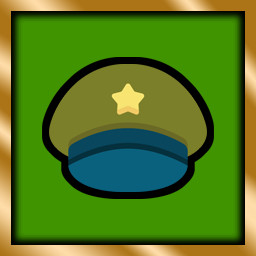 Liberate your people! Defeat evil! Conquer the 4 armies in this Turn Based Strategy masterpiece ;)

From Foot Soldiers to Tanks, Helicopters, Jets, Submarines, Ships. A huge arsenal to choose from. Build your units and achieve victory!

4 Big armies in conflict. Embark in an emotive story about love and... war.