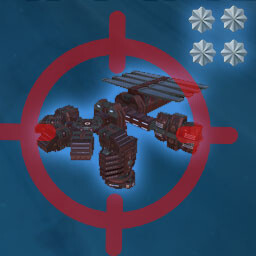 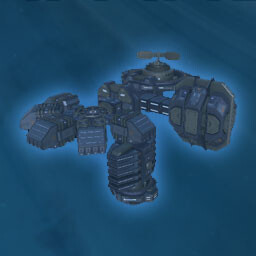 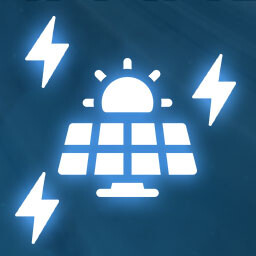 “This is a passion project I started because I wanted to see a Homeworld like game but with basebuilding and ship customization. Supreme Commander is a huge inspiration too.

I have been working on this project for 3 years now. I'd like to put the game into Early Access rather than releasing it as a Full Game in order to collect feedback from the players. Your feedback can help add features to the game, increase quality of life functions, and can help shape the game modes with tweaks that might make them even more enjoyable.

We already have a lot of feedback that we would like to work on, but I feel the amount of testers needs to be higher. That way we can more accurately see how the singleplayer and multiplayer game modes are experienced by the players.”

“How long the game will be in Early Access will depend on the amount of features we will still add to the game and the type and amount of feedback that we receive. I personally believe that the current state of the game is already good and it is by all means fully playable. With a lot more content in it than most indie games have for sure. Still, I do want to polish things more before I feel confident putting my 'im done!'-stamp on this game.

By my estimate it can be in Early Access for 6-12 months before I'm confident that the game delivers the quality of a fully released game in the eyes of most people.”

“The campaign is currently not complete. There are currently 8 campaign missions that take about 30 mins to 1 hour to complete. BUT they can be played with multiple loadouts and different types of ships. You can also find loot in the campaign. So the replayability is pretty high.

I have created all the missions but I would like to test them more, add voice overs, add features, implement ideas from the community and improve on it before I am satisfied with it. Although there is a time-reward ratio to consider as well, so how much changes the campaign will undergo will depend on the community as well.

It is important to note that the campaign is not the main focus of the game. It will tell the story of the events globally, so do not expect a 30 hour campaign. I will try to make it so that you can replay each campaign mission at will though. Which should be a different experience each time since you can customise your campaign fleet in between games. And of course if you like it enough you will easily pass the 30 hours eventually.

We also want to improve on the Skirmish AI to make fighting it more enjoyable for the players.

Apart from that the full version should include more quality of life improvements. Tweaked controls. Perhaps more ways for players to set the controls for themselves as well. There will likely be more ships, weapons and modules to be found in the full game as well. That being said there are over a million possible ship configurations allready.”

“These elements already work and can be played, although the final product will likely be a more polished version of each:

We have done more than 300 test games with a select few supporters of the project and we feel the game is largely stable and decently optimized.”

“Yes. The price of the full game will be slightly higher than that of Early Access. The reason for that being is because those who wait until the full game will have campaign access, more quality of life features and will have a more polished product. Which makes sense, because it will have 6-12 months of extra development time in it.”

“So far I have fixed over 100 pieces of community feedback.

That being said there is a vision to the game, which is as follows:


This means that features mentioned by the community might not be implemented in the game. For instance a system that allows you to enter your own ships in First Person mode so that you can repair it manually does not fit the vision of the game. Which means it will never be added no matter how many people request it.
However if a lot of people want to have Carriers in the game or something along those lines then we will listen to that feedback and try to find a way to incorperate it into the game.”

Classic style RTS with ship customization and complete 3D space movement. A self-funded and published passion project inspired by RTS games such as Red Alert, Homeworld and Supreme Commander. Find loot, compose your fleet and use it to face off against other players or the AI in this unique sci-fi experience!

Build an economy, build a base, capture space stations and spawn units to fight the enemy. Stellar Warfare plays very similar to how Red Alert used to play, but but with tons of building and unit options!

Enemies you destroy occasionally drop blueprints for ship frames, weapons or modules. You can use these to modify your units and compose a fleet to defeat your opponents with.

These units can then be bought in-game like you would in a traditional RTS. The big difference is that these units are tailored to your own play-style. Fast raiders, tanky bruisers, building killing sneaky units or swarms of small ships are all possible!

There are currently 60 ship frames, 50 weapons and 25 modules to find which result in over a million possible combinations!