Announcement - Valve
The Steam Intergalactic Summer Sale continues! For the next four days, take advantage of huge savings throughout our store on over ten thousand games. You can also help unlock free games by playing our Summer Saliens Game.

Along with the sale is the Summer Saliens Game. Team up with other Saliens to fight The Duldrumz on different planets and free the abducted games. Gain XP as you battle, level up, unlock new abilities, and win cosmetic items to deck out your Salien. Plus, get Summer Sale Trading Cards just for playing.

Choose to battle on a planet that piques your interest and you'll automatically be entered for a chance to win one of its rewards when it's conquered. The longer your Salien spends on a planet the higher your chances of winning! The groups with the most tiles when a planet is taken will get to plant their flag as conquerors, undoubtedly gaining Saliverse-wide fame in the process.

The Steam Intergalactic Summer Sale will run until 10 AM Pacific, July 5th. Complete information can be found HERE. 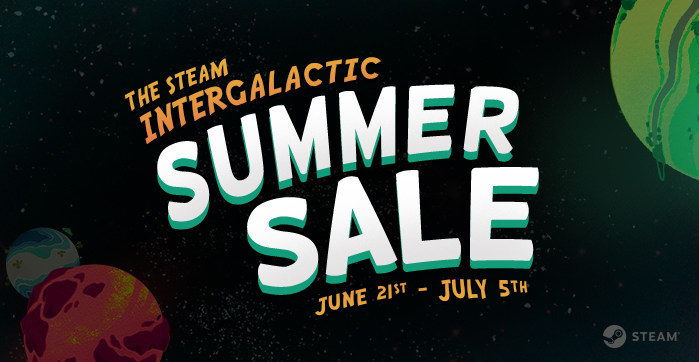