We are excited to announce The 2019 Steam Awards Winners! These are the games and developers you, the Steam Community, voted as your favorites of 2019.

With eight categories there were a lot of tough decisions to be made; which is why we let you, our awesome community, do it! Not only are you a trustworthy, passionate bunch with excellent taste, but also, we can’t trust ourselves to pick a favorite. We truly love them all!

With this year's awards, we've asked you to focus your sights on titles released in the last twelve months. We're pleased to present the best of 2019's New Releases, plus your selection for the Labor of Love Award: the best game updated this year.

So without further ado, 🥁🥁🥁: Here are your winners of The 2019 Steam Awards! Congratulations to all!

“Encore!.. Encore!” Last Chance to Save in the Winter Sale
Steam Blog - christen


Hello to my favorite Steamville residents! Yes, even you, my little snowman thieves. It’s Mayor Carol, here to remind you that the 13th annual Steam Winter Sale will be coming to a close at 10am Pacific on January 2nd.

And unlike what happened at the end of our Town Council’s karaoke performance of Jingle Bell Rock, the people of Steamville are enthusiastically chanting “Encore, Encore!” for the Winter Sale. So featured for these final two days of the sale, check out our Top Sellers from the event.

Now’s also a great time to check your Festivity Token balance. Hoarding will get you nowhere, my dears! You must spend them in our Holiday Market before they expire at the end of the sale!

Speaking of hoarding: In case anyone was so wrapped up in the Market they missed it, we announced earlier that Animated Stickers and Consumable Chat Effects no longer expire, so save away and use them whenever you like!

Cheers to you all, and thank you for joining me in yet another festive celebration in Steamville!

P.S. While I appreciate the return of the snowman to the grounds of Town Hall, the carrot was in a rather… questionable place. Steamville is always home to a good time, but please, let's keep it family-friendly.
Share:

Since the holidays can be stressful, with your family driving you crazy to love them even more, think of this as one final way to show your loved ones some appreciation! Although in this case, by “loved ones,” we mean the top new or updated Steam games you loved the most in 2019.

Vote now in all eight categories! Then sit back, relax, and await the big reveal of the winners of The 2019 Steam Awards tomorrow at 10am Pacific. Then, go take that long winter’s nap you’ve clearly earned, and we’ll see you for more Steam fun in 2020! 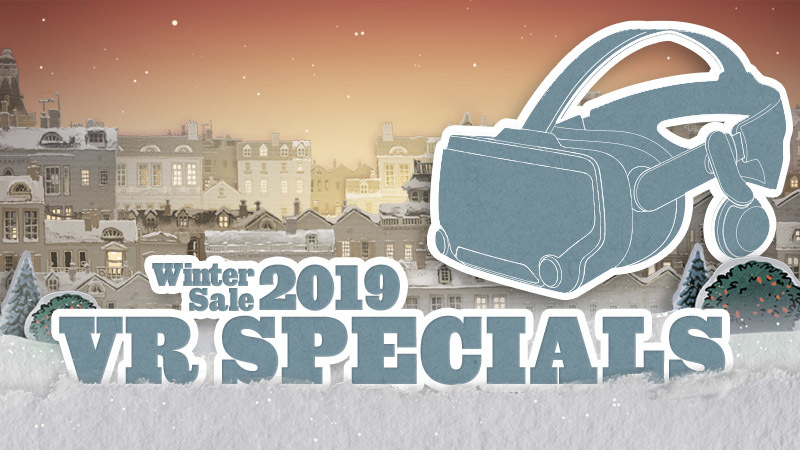 From now ‘til January 2nd @ 10am PST, snap up great deals on hundreds of popular VR titles.
Share:


From now ‘til January 2nd @ 10am PST, snap up deals on hundreds of your favorite local multiplayer titles - now available for sharing with friends online via Remote Play Together!
Share:

Top Controller-Friendly Games of 2019
Steam Blog - Alden
Yesterday we revealed the Selling and Top Played games of 2019 across all of Steam, and today we're continuing the look back at 2019 by highlighting some of the best games that you can play with a controller.

Whether you like to play from your couch or lean way back in your chair, there are a lot of great games on Steam that can be played with any one of hundreds of different controller models, including Xbox or Playstation controllers you might have laying around. Nearly any kind of input device with a USB plug at the end (and many without) can be used to play some of the best games on Steam. Here's a guide for where to start.

To come up with this list, we generated a list of the top 100 games with the highest peak number of concurrent players using a controller. Then we divided that list up into various common controller-friendly genres so you can more easily find the kind of game you might be looking for.

A Look Back - The Best of 2019
Steam Blog - AndrewL
With the year almost at an end, we're unveiling our Best of 2019 lists. In keeping with tradition, we've built lists with the same themes as last year - Top Sellers, Top New Releases, Top Selling VR Titles, Top Early Access Grads and Most Played Games.


Top Sellers
This list is as self-explanatory as it sounds - a look at games earning the most revenue in 2019. When measuring revenue, we look at game sales, in-game transactions and DLC associated with the game in question.

You'll probably notice some familiar games that were in previous year's lists, along with newcomers that have climbed their way to the top. Where did your favorite game end up this year?

Top New Releases
This list a compilation of our monthly top release lists that were created over the course of 2019. We've also listed the overall top 12 game releases of 2019. We measure top releases by looking at a game's total revenue generated during the first two weeks after its release.

Every single month includes a surprising amount of representation from different genres, gameplay mechanisms and themes. Which month was your favorite?

Top Selling VR Games
VR continued to grow in 2019, with over 600 new VR-only titles released over the course of the year. Many other games added VR support, along with unique VR-only experiences built for several fan-favorite franchises. This list showcases the best selling VR-only titles of 2019.

To focus on the growth of VR this year, we've also listed the top 20 VR-only games released in 2019. These products are measured by the revenue they generated during the first two weeks after release.

This list recognizes games that have built strong Early Access communities and transitioned into commercially successful releases during 2019. These are measured by revenue earned during 2019 (during Early Access and after full release).

Most Played Games
While the other lists are based on commercial success, our Most Played list highlights games based solely on player count. The Most Played Games list includes any game that had more than 15,000 simultaneous players at some point during 2019. In order to highlight games that have built large player bases, we've excluded brief spikes in player counts due to things like giveaways and free weekends.

Notes:
We don't disclose specific revenue information for these lists, but top sellers are broken into four categories in order to give you an idea of how they placed. The games within each band are sorted randomly:

Thanks for checking out these lists. After all, they were built by everyone who plays games on Steam!

Also, don't forget to check out the Steam Winter Sale, on now until January 2nd. Many of the titles in the lists above are discounted, and these lists are a great way to browse games that players loved in 2019.


Hello Steamville citizens, Mayor Carol here! The 2019 Winter Sale and Steamville Event are now in full swing, with amazing savings to be had by all! Thank you for your civic engagement and enthusiasm.

The people of Steamville have spoken, and we hear you loud and clear! The power of our Holiday Cheer is greater than silly rules! The members of Town Council have gathered ‘round the yule log and unanimously voted to reverse course on a few Steamville bylaws. Effective immediately, yule be happy to hear, they are amended as follows:

Chat Stickers are… sticking around!
Animated Stickers are far too much fun and will no longer expire. Hooray!! The people of Steamville have voted with their Festivity Points, and we're thrilled to report Happy Yule Log, Angry Yule Log, Bulb Dance, and Snowman Goodbye are your favorites so far... Be sure to check out all the good Stickers in our Holiday Market. 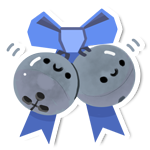 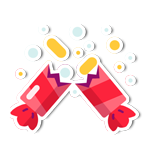 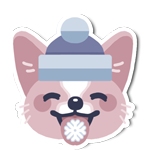 Chat Effects will remain in... effect until consumed!
Consumable Chat Effects are now also free from expiration dates! Now you can hoard those snowballs in your freezer all year long. Or throw them now.


P.S. Whoever stole the snowman from the grounds of Town Hall, please return it immediately, no questions asked. Thank you. Now where in the name of tinsel did I leave my eggnog?

Jill Valentine is one of the last remaining people in Raccoon City to witness the atrocities Umbrella performed. To stop her, Umbrella unleashes their ultimate secret weapon: Nemesis! Also includes Resident Evil Resistance, a new 1 vs 4 online multiplayer game set in the Resident Evil universe.