The Lost Legends of Redwall™: Escape the Gloomer

Buy The Lost Legends of Redwall: Escape the Gloomer

“A narration worthy of Redwall”
Multijoueur

Not sure whether this game is for you? Try the free demo to find out. Just Click the "Download Demo Button".

What Reviewers Are Saying: 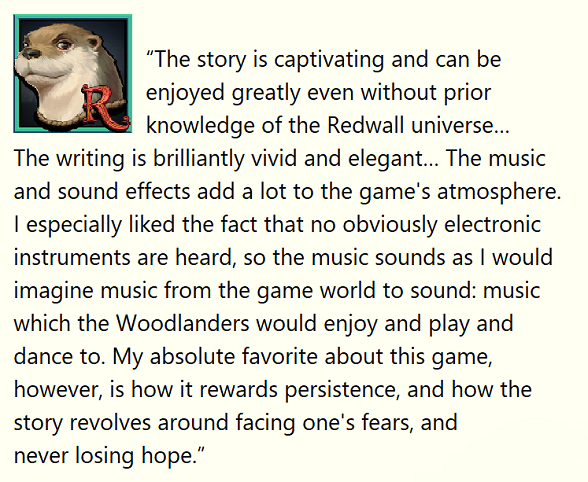 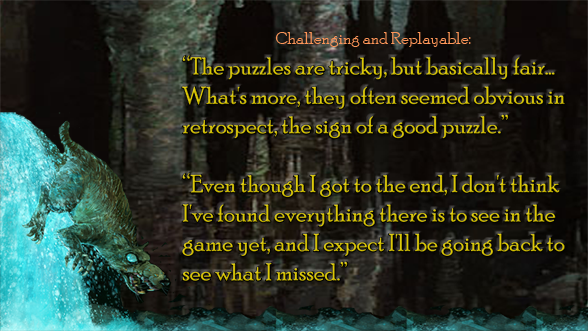 Based on the wildly popular best-selling book, Mossflower, and second in the twenty-two book series by Brian Jacques, this interactive tale immerses the Player in the exploits and redemption of Gillig the otter as he tries to overcome his weaknesses, limited resources, and the menace of the monstrous water rat Gloomer.


Before Redwall™ Abbey, there was Kotir Castle, an abandoned fortress built over a large lake near the River Moss. It was taken over by the wildcat Verdauga Greeneyes and his Thousand Eyes army of vermin. Upon his untimely demise, his daughter Tsarmina began her evil rule. Subjugating the woodland inhabitants of Mossflower, this cruel Queen reigned using the army of a Thousand Eyes to collect food tribute from the peaceful forest dwellers. In her arsenal was a very special living weapon. A murderous insane creature kept deep in the bowels of the castle. Captured by her father, Gloomer the Greatrat was rightly feared by all. In these ancient days lived mighty heroes such as Martin the Warrior and Gonff Prince of Mousethieves.


Now our would be champion, Gillig directed by the otter leader Skipper, has been given a very special solo mission. Retrieve an ancient scroll once belonging to Verdauga. On the verge of being exiled from the otter crew, Gillig sees this as an opportunity to prove himself to the otter tribe – if he can overcome his weaknesses.


Your story begins with a descent down a rope into a ruined otter holt near Kotir Castle. What happens next will be totally up to you.

"The Lost Legends of Redwall™" is a series of games and a proud collaboration between Redwall Abbey Company Ltd, Penguin Random House UK, and Soma Games. Together we have nurtured a product that we believe captures the original heart of Brian Jacques’ masterpiece. Lovingly crafted at every turn The Lost Legends of Redwall™ hopes to earn its place among the influential games of the new millennium.

THE LOST LEGENDS OF REDWALL™: ESCAPE THE GLOOMER © Soma Games LLC, The Redwall Abbey Company Limited and The Random House Group Limited, 2018. All rights reserved.
The Redwall Abbey Company Limited is the owner of the rights, copyrights and trade marks for REDWALL, BRIAN JACQUES and the characters, their names and the settings relating to the REDWALL™ books. All rights reserved.