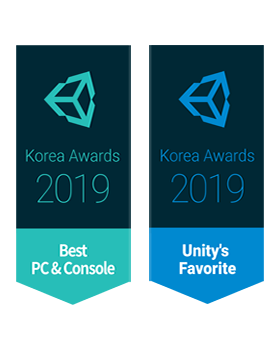 “We just couldn’t wait to share our game with the Steam community! Tank Royale is already fun as it is, but we still have plenty of contents to add before the game is ready for full launch. We will gradually update the game during early access and our goal is to involve players in the development process and ensure that our final masterpiece reflects their feedback. In order to encourage players to join us early on there’s a unique retro tank design available only for early access users!”

“We will keep the game in Early Access for as long as necessary to add all the contents we have planned and reflect players feedback.”

“The full version will include additional game modes, new tanks and more tuning options. We are also open to players' suggestions and so the final release will include UI and contents improvements based on users' feedback. We are also planning to localize the game into more languages reflecting interest from specific countries.”

“The Early Access version includes the following features:
- Battle Royale Mode – multiplayer online brawl where up to 10 players fight to be the last tank standing. On the battlefield players can collect different items to power up their tank (currently 16 items are included and their specific features can be re-balanced as we update the game).
- Duo Mode – unique battle for teams of two players with a healing twist! Team members can heal each other if one is shot, adding new strategic possibilities and more action thrill!
- Practice Mode – check out all the items that you can find on the real battle field and practice your skills against AI tanks before you face other players in live battle!
- Base Defense Mode (PvE) - fight against enemy tanks flooding in and protect your base at all cost! This is the newest addition to our Early Access - you can enjoy this arcade-like game offline and with a friend in the 2P mode!
- Garage – this is where players can choose their tank design and customize. The current version has four basic designs, but we will gradually add more through early access updates.
- Ranking – every battle is a competition of it’s own, but players results accumulate in the global ranking. Be the last tank standing every time and become global number 1!
- BONUS! Special retro tank design available only during early access!
These features are fully developed but we keep on improving the balance and some of the contents might evolve based on players’ feedback as we work on further updates. We will keep on updating the early access version until full release is ready!”

“Yes! We want to show our appreciation for players who join us at this early stage, so the current price is discounted from our target full version price. In other words, once the full version is released, the price will increase, so it’s a great deal to get it now :)”

“Getting the players involved in the development process is one of our main goals for Early Access. Players can contact us at any time via email at support_tank@bsscamp.com or using our community page on Steam. We make regular posts with tips about the game and update notices so that players know exactly what we’re doing and how the game is changing. Our team is very open to all suggestions and we are very eager to hear your thoughts about the game! Please share your feedback with us so that we can make Tank Royale even better!

Try the FREE Royale Edition and your progress will fully sync with the full version when you upgrade.

Why is the FREE edition ROYALE?

Well, because it gives you full, unlimited access to battle royale mode. Unlike the typical demo/trial versions, Free ROYALE Edition allows you to play multiplayer online battles as much as you like. You can also collect Gold for winning the games. You won’t be able to use the Gold to buy and customize new tanks to create your own unique collection in the free version, but if you enjoy playing and upgrade the game to full edition all the Gold you collected and achievements you completed will be fully transferred! That’s pretty neat right? Full version offers a number of different modes including the option to play offline – check out the full features list below!

Exclusive retro style tank available only during early access! Get the full version and enter the coupon code: TANKSTOYOU

Feedback is welcome! Reach us at game_support@bsscamp.com