Conjure Strike is a 3v3 hero shooter in zero-g, inspired by our favorite MOBAs and team shooters. Play between five unique classes and control map objectives to win in this intense VR battle arena. Take part in epic objective based matches, where you will play one of five unique classes, each with their own arsenal of special abilities...
All Reviews:
2 user reviews - Need more user reviews to generate a score
Release Date:
Developer:
The Strike Team
Publisher:
The Strike Team
Popular user-defined tags for this product:
Action VR PvP Multiplayer First-Person Team-Based Fast-Paced Shooter Indie FPS Fantasy MOBA Class-Based
+

“Conjure Strike is a lot of fun.”
Shack News

“Conjure Strike is like a plucky little VR experience that’s eager to take on more well-known titles, with new and interesting ideas.”
VRFocus 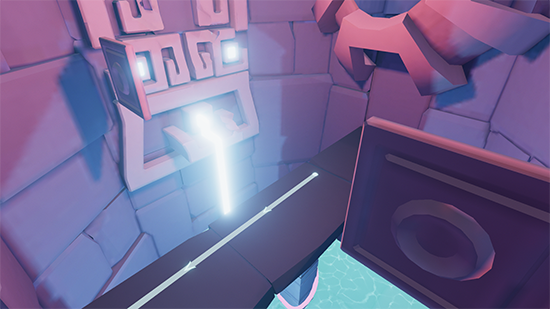 Hi everyone! The Steam Free weekend is will start at 10AM on Friday!

Starting in early September, we will be opening up Conjure Strike on Steam to a free semi-open Beta! Please keep your eyes peeled for updates.

Conjure Strike is a 3v3 hero shooter in zero-g, inspired by our favorite MOBAs and team shooters. Play between five unique classes and control map objectives to win in this intense VR battle arena.

Hone your skills with each class to perfection, then work together with your allies to defeat the opposing team in lightning fast battles.