“Because the game is not yet what we want it to be, but we wanted to share it to know what you think about it!”

“In this version you can only play as a Wizard in The Graveyard scenario.

We plan to expand that to other monsters: Mummy, Vampire, Frankeinstein, etc.
Each monster will have its own scenario.
We'll also add more mechanics and power ups during gameplay.”

“You can play PvP (random, or in lobbies) using the Wizard in the Graveyard location.”

“The base game will be free forever (6 monsters and 6 locations).

We're planning on creating DLCs with other monsters.”

“We'd love to hear your ideas for the game, and those that gain traction within the game's community will be included in future releases.”

SPOOCKEY is an arcade game that combines the block breaker game genre with the pace and feel of real life air hockey and some forbidden magics to create quick, thrilling PvP matches where nothing is set in stone until the very end.

Keep an eye out and keep a cool head because it's air hockey, it's spooky... it's SPOOCKEY!! 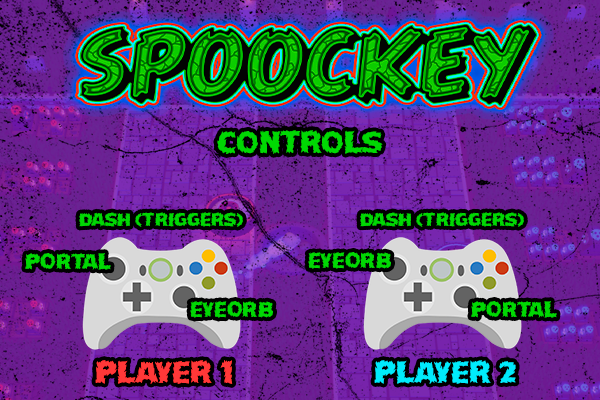