This game is fully playable with or without VR.

Got tired after a rough day of work or feeling stressed out? Jump in the game for some nice music to relieve stress and have a blast. You won't have to worry about ammo or lives. We don't like them either, so you are essentially immortal with an unlimited amount of ammo. Best yet, there is no reloading!

The player has to fight against various enemies. Their density and the dynamic environment is based on the rhythm of the music that you are listening to. Based on your performance the enemies will become more aggressive as well, but don't worry, they will become less dangerous if things get too tough for you.
If simply a score won't cut it for you then you have the "mastery" statistic to keep track of. This indicates how well you performed in the game. Each hit taken will decrease it. Can you keep your personal high score while maintaining a high mastery?
Per music track you will be awarded with funds and experience, which can be used to unlock epic weapons.

AI has plenty of enemies for you in stock! Starting out with a few "not-so-aggressive" infections that will try to hit you at any cost. They however might be a little bit too easy for the more experienced players. For them we have quite a collection of unique bosses in stock. Each boss has its own mechanics where it attacks the player in certain phases, figuring out the most effective method of destroying them is up to you. Once you have finished off certain bosses you will be able to encounter their miniature equivalents. Don't be deceived by their size, they are just as dangerous!

Once you've collected enough funds and unlocked the required level you will be able to purchase and unlock weapons in the shop. Each purchase is final. Everything is only unlockable through the in game currency. While you play you will get more experienced. This will result in better scores per track as well as eventually the option to unlock better weapons, from which we offer you plenty... you can see holographic previews of the weapons and upgrades! 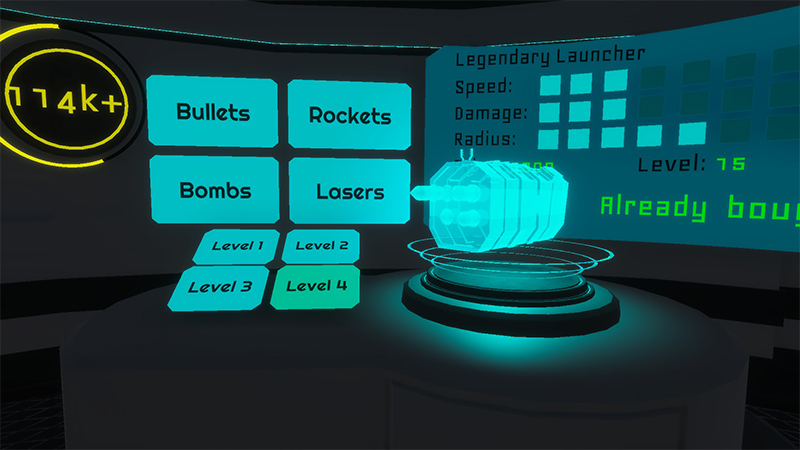 For every enemy you have destroyed our fancy system in the preparation room will keep track of it. You can see not only what it looked like, in the holographic preview, but you can also see it in action and the kill count you have! 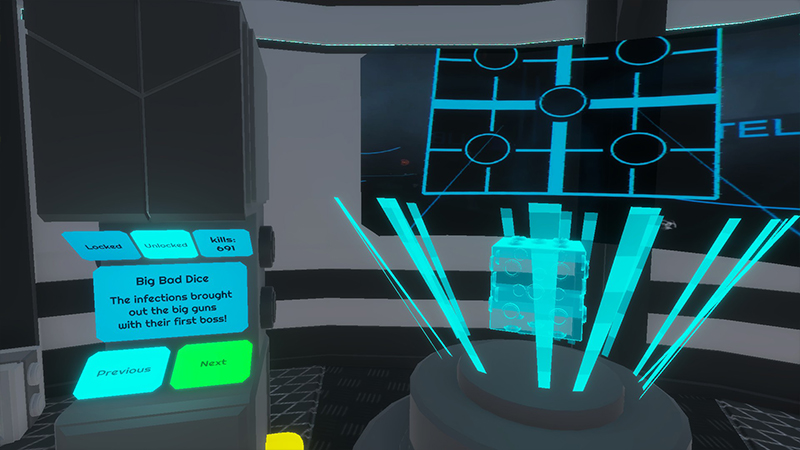 This game supports HTC Vive with the standard Vive controllers. It also supports the Oculus Rift with the Touch controllers. Please do keep in mind that we know that not everyone has access to a VR device. With that in mind we made the game also fully playable without VR. You won't need to purchase the game twice in order to play it in VR and not VR. Just launch the game with your VR device or without your VR device and you're good to go. No need to pay twice for the same product. The game will detect whether you have VR or not and will automatically adjust the settings for it.

Distribution of Audio Infection without the proper license is prohibited.