Aeon of Sands - The Trail

Buy Aeon of Sands - The Trail

“One of the most brilliant pieces of design I’ve seen in forever”
Rock, Paper, Shotgun

“It’s a game that’s definitely a labor of love. It’s well made and the art is fantastic.”
(buy) – Gideon's Gaming

Aeon of Sands – The Trail is a roleplaying game set in a post-apocalyptic desert world. It combines real-time exploration gameplay with classic gamebooks where you create your very own non-linear story adventure.

You play the vain and clumsy Setrani, a simple clerk aspiring to a simple life. But in the post-apocalyptic world of Aeon of Sands, nothing is ever that easy... A single missing caravan will set plans in motion, and seal the fate of our unlikely hero.

What if your favorite “Choose your own Adventure” book was, instead of crumpled pages to turn and dice to throw, an epic FPP dungeon crawler? 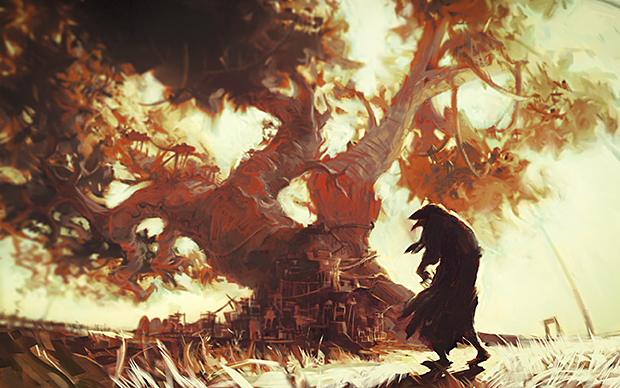 The Kinami giant tree, a rare and precious shelter in a sea of sand around which the story evolves, and on whose colossal trunk and branches a hardy people built a whole city, Pantella. 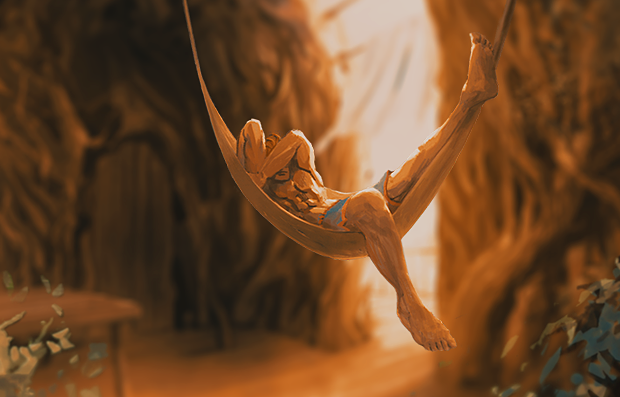 Setrani is the main character of the story: vain and clumsy, he’s one of the young men and women who keep the Kinami tree in good health.

Setrani is a cross between a gardener and also a lowly factotum for the city government: he basically crowdfunds supplies to maintain all the tree caretakers.

A slacker and a nap taker, he’s the definition of whom you would not trust with your life.

Where is the missing caravan?!

A caravan carrying supplies and legations to a distant sister city has disappeared from the trail.

Was it a trick of its intended recipients?
Was it a dreaded nomadic tribe raid?
Or something else entirely? 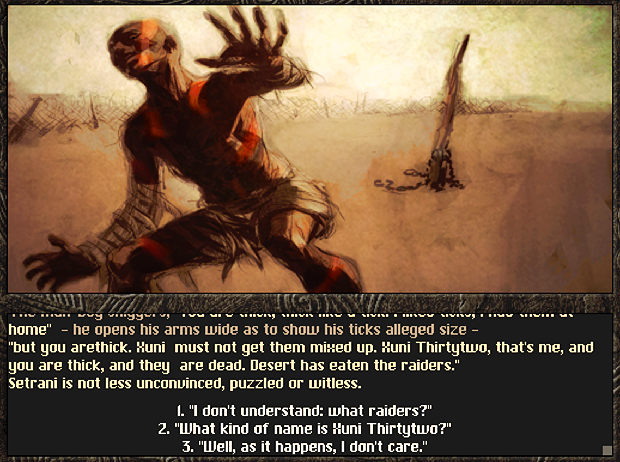 Aeon of Sands’ adventuring is based on illustrated dialogues with multiple-choice: through them, the players are introduced to new situations.

Based on the actions or attitude that the players make Setrani take, new areas can be explored, while others become inaccessible, or they meet new companions or make enemies for life. But most of the time, it’s both!

The story has many different paths, locations to visit and three different endings.

What about a rugged guard, with a checkered past and a big heart? Or a crazy aged lady looking for murderous adventures? And what about Herman, the dead sandcrawler’s body? Or a bored archaeologist slash tourist with a fetish for water faucets?

Them Who Roam The Desert!

City states sometime suffer the incursions of the men and women who live in nomadic tribes in the desert, always moving, always raiding other settlements, and usually in a state of constant war with each other.

Their tribes are usually composed of scavengers, who may be the only people in the whole world that understand a little of the technologies lost in time, as well as brute marauders and powerful warlocks, who bend the elements to their will.

But there might be more people, rogues and pariahs, settled in hidden havens, and if the desert teaches anything to Setrani, he must be wary of appearances.

And, You Know, Creatures!

While Setrani might be afraid of strangers, there’s no shortage of critters to really freak him out, and possibly eat him. No matter how many companions as he brings with him: the more, the merrier.

To whatever it is the one in the image above belongs to, and wherever it might come from.

This is Bob, Bob is a fashion blogger. He wears a stylish headdress made of a carved pumpkin-like red animal skull or just pottery (the jury is still out), and a sprawling necklace of sandcrawler innards, with a touch of sweet aroma of decay, Charnel No 5.

Occupation: Rogue working with basic 9 to 5 contract with his employer settlement, committing routinely roguish acts of random robbery on desert travelers, but he dreams of becoming a star fashion blogger.

Greatest Drawback: Nobody ever saw his face, on account of it being stuck inside his headdress. Also: he has no internet.