“We place the project in early access, as this will help us to express ourselves, attract attention to the project and get the opinion of the players.
If you are not indifferent to the game and want to help in its development, make a repost of the page in social networks, tell your friends and acquaintances about us, add to the Vkontakte group.
Every participant is important to us!
If you have any questions or suggestions, write to the official mail of the game, leave comments on the game page or in the Vkontakte group!


We also need direct communication with the players:
1. Taking into account the opinion of the players, the level balancer, armor and weapons will be improved.
2. You need to check the server operation under load.
3. Testing of the tournament system is required”

“The full version of the game is scheduled to be released on October 28, 2021. Until then, the game will be in early access in the process of completion. As you make changes to the game, updates will be downloaded automatically.”

“Currently, the game is in the final stage of development (the game is 80% finalized: a modern, new and intuitive interface has been developed, and most of the content has been created and finalized).

We have created and implemented in the game:
• 15 characters (11 male and 4 female), the possibility of expanding the number of characters is provided in the created constructor;
• 14 battle locations (including the Colosseum);
• 50 weapon models (swords, clubs, hammers, sledgehammers, axes, spears, brass knuckles, scissor);
• 30 shield models;
• 20 helmet models;
• 23 models of armor (breastplate);
• 10 models of bracers;
• 14 models of shoulder pads;
• 20 models of belts/loincloths;
• 24 models of greaves.
Now we have a working beta version of the game, after minor improvements, we will be able to conduct open testing, and you will fully evaluate the project.”

“The game is distributed for free on the F2P system. We do not plan to change the price or change the distribution mechanism”

“Getting information to the developer's email address, conducting surveys on forums, conducting closed and open testing”

Gladiator fights online in a free multiplayer game for PC and mobile devices. Create characters, buy weapons and armor, and participate in gladiator battles in up to 5x5 mode. Immerse yourself in the world of gladiatorial battles of ancient Rome!Feel like a gladiator in the arena of the colosseum, fighting with real opponents. Fight and win!
Win the crowd , and you will win freedom! 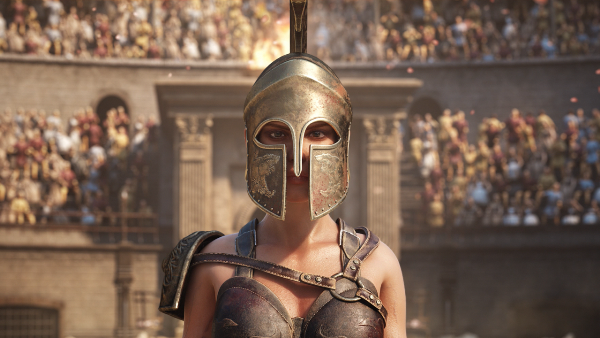 SCREECH OF STEEL: GLADIATORS is the world's first multiplayer cross-platform online gladiator battle simulator set in ancient Rome. A large selection of weapons, shields and armor, as well as the ability to improve items, will make each character special.
The game developer pays special attention to historical accuracy, as well as high realism of physics and 3D models, which allows each player to feel like a gladiator in the arena of the colosseum fighting for his life to the screams of the audience.
14 battle locations, more than 30 models of shields and helmets, 7 types of weapons (including clubs, axes, hammers, sledgehammers, swords, daggers, spears, and even brass knuckles and scissors), breast armor, as well as bracers, shoulder straps, belts, loincloths and greaves are reconstructed on the basis of real references and create an atmosphere of the Ancient era.

SKILL IS MORE IMPORTANT THAN EQUIPMENT

A unique battle management system has been developed for the game, which allows you to fully realize the potential of the player. During the battle, the player has full control over the dynamics of the character's movement, attack and block, which gives complete freedom of action in battle.
Battles are conducted only with real opponents in various battle modes: single and team. The player can choose from 3 battle modes: QUICK BATTLE, SANDBOX, SINGLE-ELIMINATION. Up to 10 players can participate in the lobby at the same time. The selection of opponents is based on the personal level of the character, which is determined both by the number of victories in battles and the equipment used. In the game about gladiator battles, the balance of opponents is designed as democratically as possible: neither expensive weapons, nor shields and armor, nothing will give a significant advantage in battle. Only the skill of using weapons and shields, as well as combat tactics, can give you a chance to win! 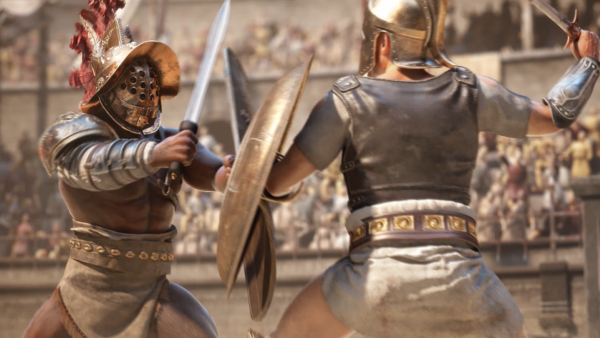 When creating the game, one of the main tasks that we were guided by was the development of esports in Russia. For this purpose, a special tournament system was created, linked to the game database and the official website. The system registers participants for the tournament, distributes the dates and times of the fights (the first, second and subsequent rounds), sends notifications to players, blocks the character to avoid pumping.

The key feature of the game SCREECH OF STEEL: GLADIATORS is the ability to participate in tournaments for real currency with the accrual of winnings to the player's virtual account, as well as the ability to sell a character and ammunition.

The game is developed on the basis of the Unity engine and will be developed throughout the early access period, taking into account the opinions of players. 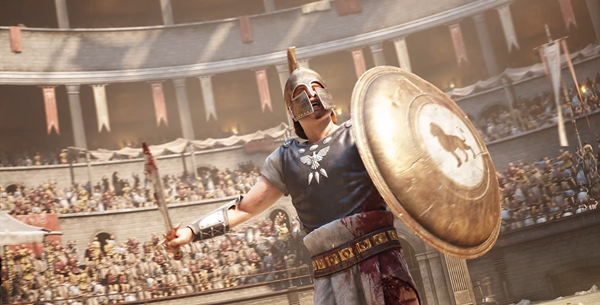