LIQUIDATION is a dark fantasy/sci-fi singleplayer and multiplayer real-time strategy game in which you take the role of a Deity to bring back balance to the devastated and war-torn world of Veá.
All Reviews:
No user reviews
Release Date:
Developer:
Kiwi Brothers Studio
Publisher:
Kiwi Brothers Studio
Popular user-defined tags for this product:
Strategy Indie Simulation RTS RPG Base Building Multiplayer Real-Time
+ 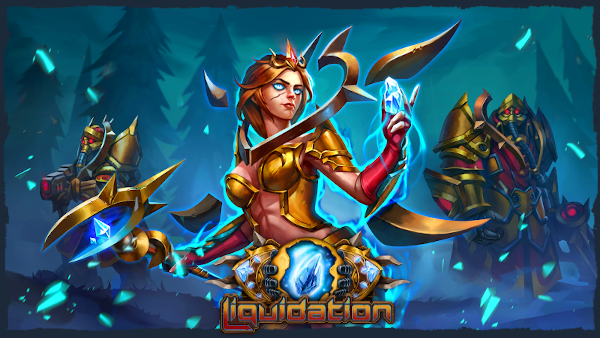 Liquidation is an original Real-Time Strategy (RTS) game set in a universe that mixes elements of both dark fantasy and science fiction, with support for both single-player and multiplayer modes.

The game takes place in the dying plane of Veá, which has been repeatedly ravaged and drained of its very life essence over the course of a massive war that has been going on for centuries. Now, with the doomed world drawing its last breath, you arise as a lesser deity tasked with restoring the balance in Veá and ending this war before it’s too late.

But which one of the four warring factions are you going to lend your favour to in this war’s decisive moments? Will you even follow your task, or will you be the instrument that brings about Veá’s fateful end?

Choose from an arsenal of commanders and deploy these heroic units on the battlefield as they influence your armies and troops.

Build and fortify your base

Conquer resource points, build your base and place fortifications to protect your unit production and research.