SWORDS of GARGANTUA
Developer
Thirdverse
Publisher
Thirdverse
Experience Swords of Gargantua, a VR sword-action game in single-player mode or online co-op with up to 3 other players! Adventure through the Tesseract Abyss floors to beat the giant, Gargantua lying in wait on the deepest layer, Floor 101.
All Reviews:
Mixed (229) - 68% of the 229 user reviews for this game are positive.
Release Date:
Developer:
Thirdverse
Publisher:
Thirdverse
Tags
Popular user-defined tags for this product:
Action Adventure RPG VR Swordplay Multiplayer
+
Reviews
All Reviews:
Mixed (68% of 229) All Time 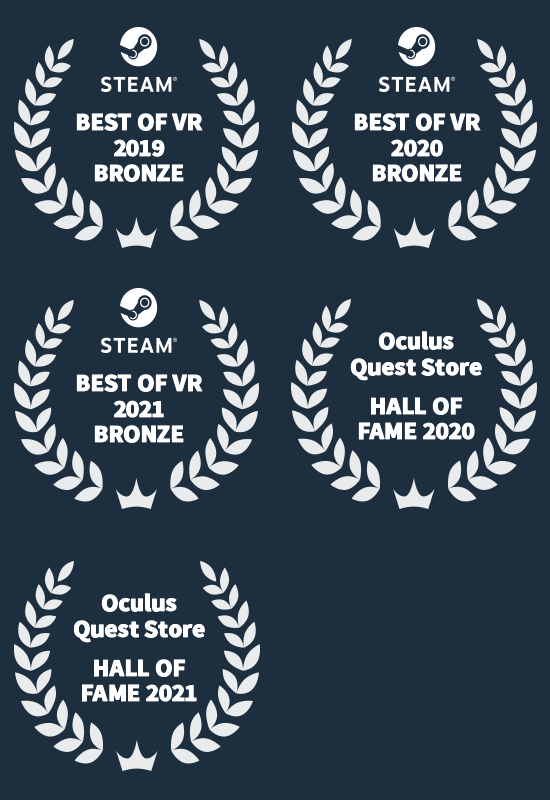 “Adventure mode allows you to heal and buff others, and you need to make the most of cooperative play.”
4Gamer

“Each battle feels great because there is some real depth to the fighting including blocking, parrying, and attacking, and you need real strategy and knowledge of the game’s mechanics to survive.”
Babel Tech Reviews

“It's like a prototype of VRMMO in the light-novel "Sword Art Online" series. The feeling of pulling a sword out of a sheath or exchanging a sword with an enemy or an ally is realistic, and you can get an immersive feelings as if you are entering a virtual world and fighting with a realistic sword.”
IGN JAPAN

Experience Swords of Gargantua, a VR sword-action game in single-player mode or online co-op with up to 3 other players!
Adventure through the Tesseract Abyss floors to beat the giant, Gargantua lying in wait on the deepest layer, Floor 101.