A legend returns to reclaim his old neighborhood... and this time he is going to take it all. You have Jane (your old flame), Marco (the weapons guy), Luke (he knows his business) and BIG JIM at your disposal to help you take over the neighborhood.

Downtown Mafia is one of the most feature-rich and diverse mafia RPG ever created. It offers players a unified gaming experience, regardless if you are on an Android device, iOS, Facebook, on your browser, Steam and even on the desktop platform. Manage your mighty mafia empire from anywhere. 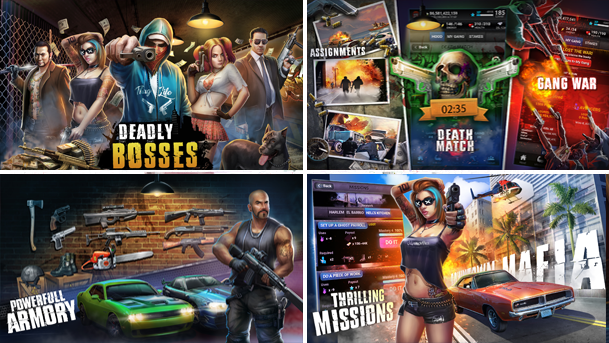 Explore the story-driven missions, mob up with other players and take the gang war to a whole new level of challenges. The possibilities are endless...

Join now and become the biggest gangster in town.
(More than 1.5 million downloads on other platforms) 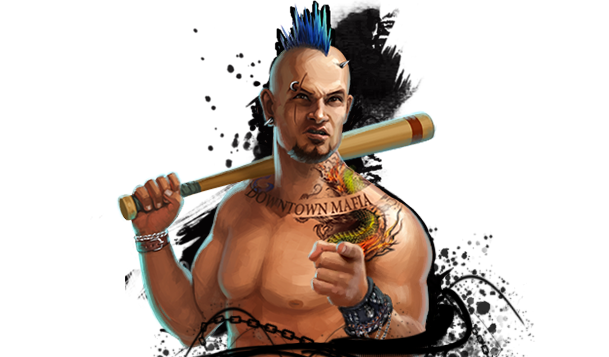 Each city has their own powerful bosses who control everything. Fight and defeat each boss to make them submit to your power and join your gang. Let nothing stand in your way to be the top Mafia Boss! 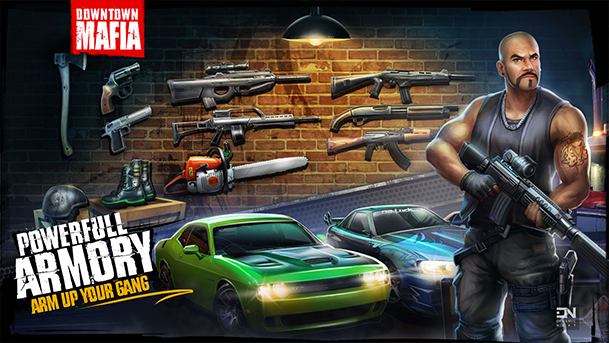 Each equipment has their own attack and defense rating which will be used by your mob when it comes to War! A right mix of weapons can determine the success or failure in a battle.

Over 100+ equipments to choose from. Make sure you grab em as much as you can.

Assignments are story driven missions which you can fight and complete !

Completing an assignment grants you special items and powerful connections in a world controlled by Gangs. You might not want to miss them !! 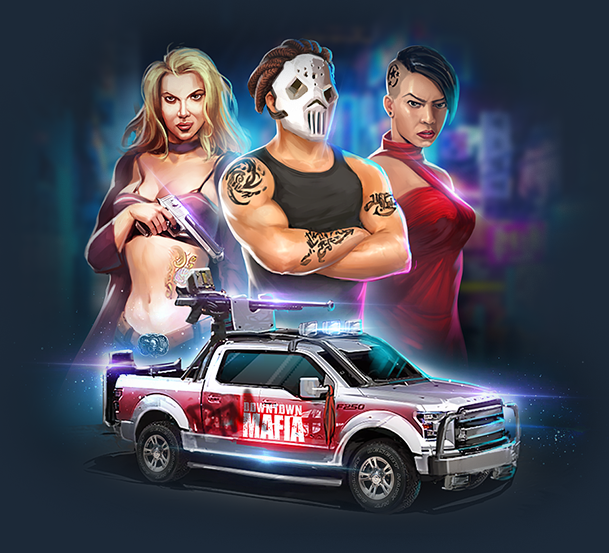 ✔ Synchronise your account with Facebook, Google and Steam
✔ Custom Avatars with Gravatar
✔ In-game player profile & live comments.
✔ Live leader boards (Mob-level and Global) to see where you stand against the rest of the players. 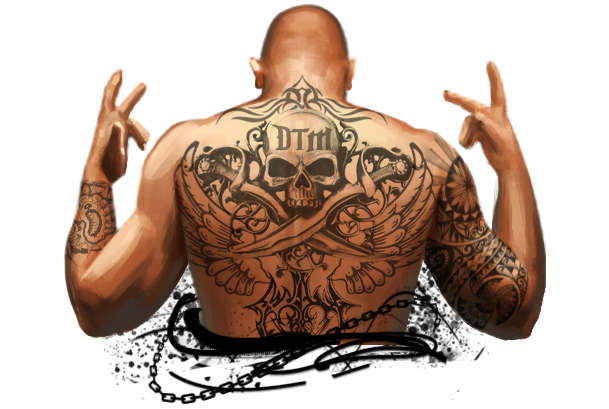 This game is intended for an adult audience and is meant for entertainment purposes only. It does not offer any real money gambling or an opportunity to win real money or prizes at any time. Copyright © 2018 DYNAMICNEXT