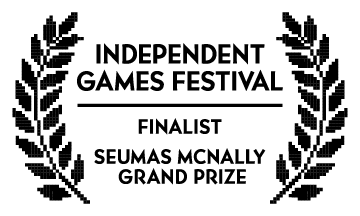 Grand Prize Nominee for the 2020 Independent Games Festival.
Check out the entire Anodyne Franchise on Steam

“A one-of-a-kind splicing of PS1 with 16-bit aesthetics and formal conventions, streaked with self-aware humour, sorrow and yearning.”
Eurogamer

“I’m enjoying my time with Anodyne 2, particularly its dreamy tone and big, surreal world dotted with pint-sized dungeons, a little like a super-indie (two people made it) Breath of the Wild.”
Vice

“Anodyne 2—this strange, multi-layered, multi-genre world full of even stranger characters—was made by two people in just a year and a half. Rather than go mad trying to create something perfect, they accepted its flaws, seams and quirks, and want to talk about them with anyone interested in listening. That made Anodyne 2 feel cozy. It's not just a game, or a story, or a world, but a thing with human fingerprints all over it, made by people who want you to know how they did it.”
HardcoreGaming101

Rescue A Mysterious Island From A Mind-Warping Plague

Nano Dust infects the islanders of New Theland, distorting their emotions and desires. You play as Nova, a Nano Cleaner who must explore the island, seeking out the sick and shrinking inside their bodies to suction up the Dust.

Anodyne 2: Return to Dust combines the thrilling scale and cinematic storytelling of 3D games with the tight design and easy-to-pick-up satisfaction of 2D Zelda-like adventures. With art that re-imagines the PS1 and N64 era, explore 3D cities, valleys, and wastelands then shrink into the varied 2D mindscapes of characters, from snowy, aurora-lit valleys to perilous volcanic construction sites!