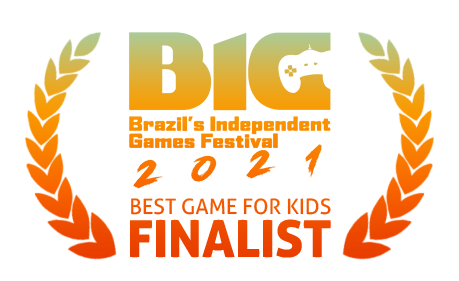 “Raccoo Venture is really fun to play and has over 5.5 hours of gameplay, where you can find more than 70 hidden collectibles and solve several puzzles that the game already has. And this is just the beggining: there are much more coming on every update, which has been generated extremely positive feedbacks all over the gamers' community.
Early Access is the best way to hear from you and the entire players community, getting feedback to make the game even better!

My goal is to give you a great collect-a-thon platformer game that brings the true 1990's nostalgia, when the main focus of the games was to bring the purest fun.

Raccoo Venture is a 3D platformer game where you guide Raccoo through a playful world full of secrets and puzzles, finding a way to retrieve the sacred relics that were stolen by the Tattooed Tatus.”

“I estimate the game should be in early access for about 1 year.”

“Throughout the early access period Im' going to hear all the players feedbacks and the game will receive a sequence of updates that will add the remaining levels, polish the game, improve the gameplay feel, fix bugs, add different enemies and more items/secrets to find.”

“Raccoo Venture's current version has all mechanics ready and everything is working nicely.
This version has enough content for more than 5.5 hours of gameplay, including:

“The base price is not planned to change for the full content final release.”

“All community feedback is very welcome and will help to improve the game, with suggestions, bug reports, balancing the game, etc. Players can send their comments by e-mail (press@raccooventure.com) or join in the official Discord server to chat about the game and track the development stage. They can also reach me on Twitter (@DiegoDsn) or Instagram (@RaccooVentureGame). I appreciate all reports to make Raccoo Venture a better game.”

“Raccoo Venture was a pretty good play. In my opinion, this game is definitely great to get for the adventure and nostalgia. I’ll be keeping an eye on it until its final release because I think the game is definitely a winner!”
7.3/10 – The GWW

Raccoo Venture is a fun 3D platformer that brings the nostalgia from 1990s in a playful and puzzle-filled world.
Defeat multiple enemies and challenges, find new outfits to customize the hero, discover new friends who will help you on this journey to recover the holy relics.

Discover your true destiny through a journey full of magic and secrets. Save Verta's Harmony and prevent chaos from returning to the land. But be careful! Many puzzles and enemies will cross your path.

In the beginning, the world was made of chaos. Creatures born from nature's disturb dominated the whole land of Verta and fed of disorder.
Then came the Guardians, who united their powers and created a sacred relic, so powerful that it was able to contain the unpredictable forces of chaos, bringing balance to the world. The creatures were contained, Verta became fertile and all animals could live in harmony.

This relic was made by equal fractions of goodness and wickedness, and to not fall into the evil hands, the Guardians divided it into small pieces and hid it in the middle of the forest. From this day on we have never heard about the Guardians again and they have become a legend.

Years later, creatures known as Tattooed Tatus have found the relic and the balance of the world now is in great danger.

Only the sole heir from the power of the Guardians is able to prevent that from happening.

One outfit for every occasion

Make things your way. Collect memorable Special Outfits that will give new looks and customize our esteemed hero.
Find answers to the mysteries on your path, expanding new horizons in this magical land.

An ancestral tribe, named Visgo Vesgo, spread many of its magical items throughout Verta. They say that some of them are so hidden that it would take centuries to be found. Little is known about the reasons for being there and their true powers.