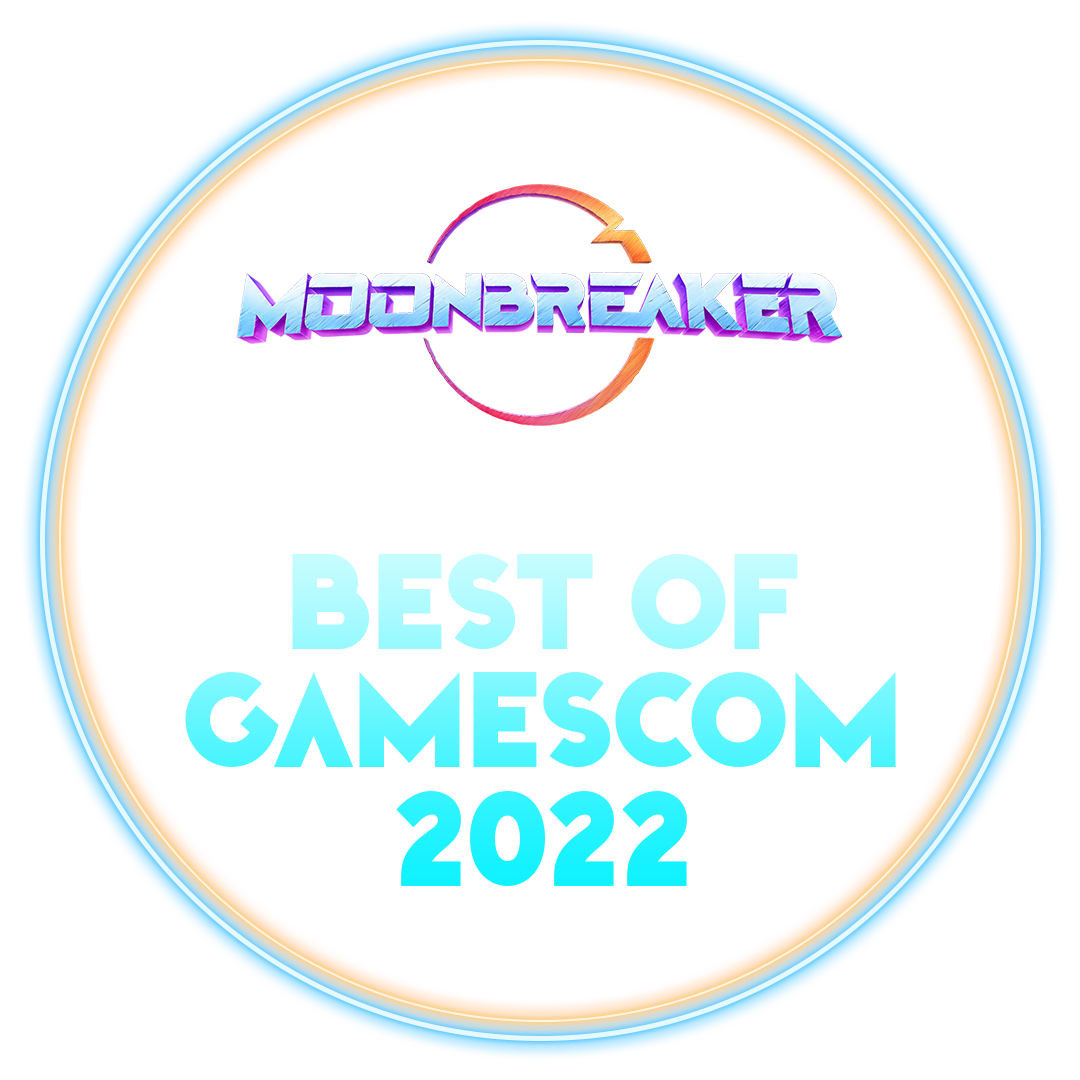 “We make our best games when you are involved from the start. The earlier you play, the faster we hear what you want. You can see our plans, our progress, our successes and our failures. This is how we have historically built our games. By involving you in the development process and iterating openly on your feedback, we build better games.”

“Roughly one to two years.

It is difficult to accurately predict how long Early Access will last. We have a number of goals that we are adamantly working towards. We are focusing on delivering quality at a reasonable pace. At the end of the day, we're dedicated to completing Moonbreaker and making it the best game possible.

In the meantime, to follow along with our development, join our Discord.”

“Throughout Early Access, we will release a number of updates that add new content to the game. We are planning on three different types of updates: Season Track releases, minor updates, and hotfixes.

Season releases are major updates that are themed and occur only a few times in a calendar year. They include major features, maps, Units, limited-edition cosmetic collectables and more. Minor updates happen more often. They may include features, bug fixes, or anything not formally part of a Season release. Hotfixes are small updates to target balance and fixes for the game.

Even beyond Early Access, we plan to continue releasing updates such as these. To get detailed information on all our project updates, join our join our Discord.

You will also get our full, undivided attention. Your feedback matters greatly to us!  Let us know what you think on our Nolt.”

“Moonbreaker currently includes a multiplayer mode, where you can play 1v1 online against friends in private matches or other players in public matches.  It has two single-player modes – Play versus AI and Cargo Run. Unit painting and a selection of other cosmetic features are also available. There is player progression through Unit Mastery with in-game rewards. Finally, we have Season Tracks, which present new content to unlock and enjoy seasonally. Early Access launch is Season One!

There are 41 Units immediately available in total – Three Captains, 38 Crew – alongside four maps, an Early Access Player Badge, and a number of other cosmetic items (decals, special paints, banner styles, icons, and more). To collect cosmetic awards, level your Units with Unit Mastery or progress along the Season Track.

With each Season release, we will release more features, Units, maps, cosmetics, and more. What exactly will we release?  We have a general idea but this is Early Access, so the most important part is making the game available and hearing your thoughts. We want to make sure we are releasing content that you’re excited about. Your input is invaluable. You can let us know what you think by leaving feedback on our Nolt.

See the "About This Game" section for more information about what features are implemented so far.

“We do not plan to increase the price of Moonbreaker when we release the finished version. We will update this question if we have more details to share.”

Finally, you can give us feedback using Nolt or the in-game feedback system. Many members of the development team are available to chat in Discord. ”
Read more

Moonbreaker is a turn-based strategy, tabletop tactics game developed by Unknown Worlds, the team behind the Subnautica series.  It is designed to be a true digital miniatures experience, set in an expansive sci-fi universe crafted by best-selling sci-fi and fantasy author, Brandon Sanderson.  Through accessible turn-based competitive gameplay, ongoing content releases, and deep customization, Moonbreaker offers a variety of gameplay experiences for all types of players.

Lead your Units in fast-paced, turn-based encounters with a never-ending variety of gameplay possibilities. Outsmart your opponents through strategic use of Ship Assists, Roster makeup, map knowledge, and more. Compete against other players online or play offline in a variety of challenges. It’s quick to pick up, hard to put down.

Each Roster consists of Crew, Assists, and a Captain of your choosing.  Each Unit has its own special set of abilities, backstory, and more.  No two Units are alike and no two Rosters play alike.  Building the perfect Roster will take time, experimentation, and practice.  With more than 50 Units, Captains, and Assists at launch – and more added with each Season release – the Roster combinations are endless.

Every aspect of Moonbreaker is designed to capture the feel of a physical miniatures game without the real-world limitations.  Play on maps with a stunning diorama look, but none of the cleanup.  Paint your Units using traditional painting techniques (but with an undo button!).  Alternatively, marvel at beautiful alternate paint jobs created by the development team.

Hone your Unit Mastery with every passing encounter and earn rewards to prove your skills.  Challenge your skills in single-player Cargo Runs with procedurally generated AI encounters.  Try unique, upgraded abilities in matches that become increasingly more challenging the longer the Run lasts.  Enjoy gameplay that is never the same twice.

ABOUT THE DEVELOPMENT TEAM

Unknown Worlds (UW) is a globally distributed developer of beloved games.  The studio was born of the Half-Life modding scene with Natural Selection.  Since then, UW has reached world-wide recognition for the hybrid multiplayer strategy/shooter Natural Selection 2 and underwater adventure survival game Subnautica.

Moonbreaker is not finished! As an Early Access game, it is in active development: Full of bugs, missing features, and potential performance issues. If you would like to play Moonbreaker when it is finished, sign up to our Development Newsletter for progress and announcements.